Indications emerged, yesterday, in Abuja, that the United States of America may soon relax or completely lift its restriction on military assistance to Nigeria.

The restriction  under ‘Leahy Law’ followed allegations of human rights abuses by the Nigerian military in the fight against terrorism.

US congressman, Darell Issah, who led a delegation of the Judicial Committee, made the disclosure after a meeting with the Permanent Secretary, Ministry of Defence, Alhaji Aliyu Ismaila, the Chief of Defence Staff, Major General Olonishakin, and Service Chiefs of Army, Navy and Air Force and Commandant of the National Defence College, Rear Admiral Agholor.

Issah said the new direction was occasioned by the policy of the Nigerian Military Establishment regarding its operations in the ongoing war against terrorism in the country.

He said: “There were a number of things that were discussed at the meeting but basically the need for additional technical support including overhead surveillance. This was discussed because it is important in the fight against Boko Haram.

“This is because of the trust in the new regime which has began the process of ensuring that the military’s professionalism in the battle field is made in a way that we all can be confident that the rule of law is followed.

“Following this development, we have began the process of lifting restriction under the Leahy Law but the vast majority of the support U.S. provides will be given regardless of the restrictions.”

Issah said the U.S. would provide other forms of support that would not only boost the military’s capabilities but would also create the environment to rebuild devastated communities.

He said the U.S. through its agencies in Nigeria would help rebuild and rehabilitate communities and victims of insurgency in the northeast.

He said: “We are looking forward to working with the President and the military to rebuild the confidence of the people of Nigeria in the professionalism of the military.

“To make the military something that the people will rely on as the nation tries to clear insurgents and protect the civilians; that is important to the new president of Nigeria, our president and it is also important to the congress.

“But we are looking forward to a great difference in the relationship, a proactive relationship and one in which we can provide a greater level of support.”

On his part, the Permanent Secretary, Ministry of Defence, Mr Ismaila Aliyu, said the visit was a sign of the renewed confidence in Nigeria’s military on the global scene.

He said Nigeria now enjoyed a greater level of confidence and trust in the international community, stressing that it would impact positively on the nation’s efforts in repositioning its economy.

“On the issue of human rights, the U.S. is pleased with what we have been doing in recent times to address the gaps that may have existed in the past.

“This visit is a follow up to Mr President’s visit to the U.S., we have said it and will continue to state that the visit was of great benefit to Nigeria, it has rekindled confidence in the relations between the two countries.”

How to check 2022 WAEC results

Speaking at a briefing on Monday, WAEC’s Head of National Office, Patrick Areghan, said the results were released 45 days after the last paper.

If you are one of the candidates that participated in the examination, checking the result is very simple.

Remember the smart identity card used during the exams? Well, the result checker pin and serial number contained on it are all that is needed.

How to Check WAEC results with SMS

3. You will receive a message instantly containing your WAEC statement of result.

Note: If you did not receive your WAEC result via SMS, kindly repeat this step again.

SMS Charges will be applied when checking your WASSCE result using text message.

You will need to have purchased the WAEC Direct Scratch card in order to check your result via text message. The scratch card pin is what is needed in the PIN section of the SMS you will send to 32327.

How to Check Via Serial Number 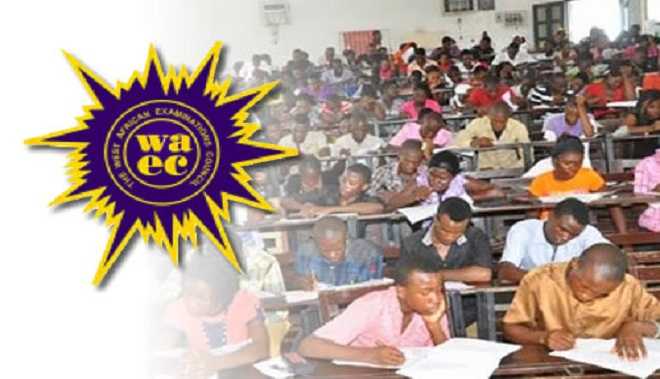 WAEC’s Head of National Office, Patrick Areghan made the disclosure on Monday while speaking at a media briefing.

According to him, the results were released 45 days after the last paper.t

There was pandemonium in the Jikwoyi axis of the Nyanya-Karshi road in Abuja, on Monday morning as security agents allegedly clashed with hoodlums who were said to have killed a policeman overnight in the area.

Eyewitnesses confirmed that the operation led to a riot by the hoodlums while workers and commuters were on their way to the city centre.

The crisis was said to involve police officers and scavengers popularly known as “Mai bolas.” who set at least one car on fire.

The security operatives were said to have chased them to their hideouts around the area, which were later brought down.

While the crisis lasted, vehicular movement was blocked on both sides of the Nyanya-Karshi dual-carriage road as drivers turned around to avoid getting caught in the crossfire.

A combined team of security forces was said to have successfully dislodged the hoodlums and arrested a number of them before order was restored in the area.