The Reds were edged out 1-0 by Real Madrid in Paris – Vinicius Junior’s second-half striker proving to be enough for the Spanish giants to claim their 14th European crown in all. It was the second time that Liverpool have been beaten by Real in just a number of years having also been on the wrong side of a 3-1 scoreline in Kiev back in 2018 – Gareth Bale having inspired Los Blancos to victory with two stunning, second-half strikes.

Ahead of the rematch between the two sides in the French capital, Liverpool forward Salah expressed his desire for revenge with the Egyptian forward having suffered a shoulder injury following a heavy challenge by then Real captain Sergio Ramos four years ago. Unfortunately, that revenge did not materialise, with Henry now criticising the Egyptian for his pre-match comments.

The Frenchman said: “We have said it so many times, it’s about putting the ball into the back of the net. They [ Real Madrid ] have one on target and they score.

“Liverpool had a lot. But they faced Thibaut Courtois. Remember what I said in the semi-final, people don’t give him the credit he deserves. He’s one of the best keepers in the world and better than Ederson. And he’s shown it tonight.

It was not for want of trying for Liverpool on the night at the Stade de France having dominated large swaths of the game. They outshot their illustrious opponents, only to find the inspired Thibaut Courtois in the way.

Reds’ boss Jurgen Klopp has admitted that the form of the Belgian international certainly made it tricky for Liverpool to find a way back into the tie. Speaking after the match, he said: “They scored a goal, we didn’t.

“That’s the easiest explanation in the world of football. Harsh, but we respect it of course. When the goalkeeper is man of the match something is wrong. Something is going wrong for the other team.

“I think Madrid had one shot on target and it was a goal. But I understand 100% and respect it 100% that the reason for playing football and having competitions is to win the game. “Whatever you do, within the rules, is completely fine. We played a good game, but when you lose 1-0 you have to admit it wasn’t good enough.” 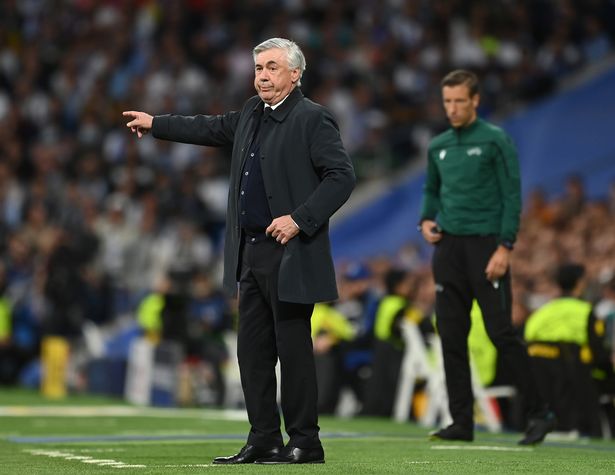 The UEFA Super Cup final between Real Madrid and Frankfurt will take place at Helsinki’s Olympic Stadium and the kick-off time is 8 pm.

Below is Real Madrid’s squad against Frankfurt:

Isco has joined Sevilla as a free agent, the Spanish club confirmed on Monday.

The midfielder has been without a club since his contract with Real Madrid expired in June.

Isco has now put pen-to-paper on a two-year deal with Sevilla.

Isco will be reunited with former Spain and Real Madrid manager Julen Lopetegui.

The 30-year-old made 17 appearances for Real last season, only starting three matches.

Sevilla finished fourth in LaLiga last season and will play in the Champions League this campaign.

Manchester City manager, Pep Guardiola, has said Erling Haaland’s anger at not scoring a hat-trick against West Ham, reminded him of Lionel Messi.

Haaland grabbed both goals as the Premier League champions began defence of their title with a 2-0 win at the London Stadium.

The Norway striker converted a first-half penalty, before running onto Kevin De Bruyne’s pass to complete a brace on his City debut.

In a post-match interview, Haaland said it was “a bit s***’” that he was unable to score one more, before being substituted in the closing stages.”

But Guardiola said the player’s reaction was what he would expect from a top player.

“I was fortunate to be with [Lionel] Messi.

“They are never satisfied, always hungry, starving for goals, and want more, but at same time, I have to use other players,” Guardiola said.