Members of the National Working Committee (NWC) of the Peoples Democratic Party (PDP) on Thursday met with former President Olusegun Obasanjo, on the state of the nation.

National Chairman of the party, Uche Secondus who led the delegation arrived at Obasanjo’s Penthouse residence at the Olusegun Obasanjo Presidential Library (OOPL), Oke Mosan, Abeokuta, alongside his entourage at 12:19pm.

He went straight into the meeting with the former President.

Though there was no official communication on the outcome of the meeting between the PDP leadership and Obasanjo it was gathered that the state of insecurity in Nigeria dominated the discussion.

It was further gathered that another issue discussed was what a source privy to the meeting described as the internal affairs of the PDP as a political party.

You are already a failure, PDP hits Buhari

Governor Nyesom Wike of Rivers State has disclosed what he would do if former President, Goodluck Jonathan defects to the All Progressives Congress, APC.

Wike vowed not to support Jonathan if he defects to APC to contest in the 2023 presidential election.

Speaking with BBC Pidgin, the governor, however, pledged to support Jonathan if he runs for the presidency on the platform of the People’s Democratic Party (PDP).

The governor explained that he would support Jonathan because they both hail from the same South-South region of the country.

He said: “When you said pick ticket, from which party? Is it APC or PDP?.

“To pick ticket means you’re representing the interest of a party. I’m in PDP and I will not be involved in anti-party activities. If he is APC, I won’t support him because I’m not into that kind of politics.

“It is not about ethnicity for me, but about the party. If he joins APC I can’t support him.”

There are rumours of Jonathan planning to defect to the APC ahead of 2023.

Against this backdrop, the APC said it would welcome the former president if he opts to join the party.

The Peoples Democratic Party (PDP) has broken its silence following the decision of its chieftain, Femi Fani-Kayode to join the All Progressives Congress.

On Thursday at the presidential villa, FFK was presented to President Muhammadu Buhari as the newest member of the ruling party by the governor of Yobe State and Chairman of the APC’s Caretaker Committee, Governor Mai Mala Buni, and the governor of Zamfara State, Bello Matawale.

In his speech to the press after the meeting, Chief Femi Fani-Kayode stated that his reason for decamping from the opposition party is to unite the nation and that his move also would encourage others too.

Furthermore, he added that he was instrumental to three PDP governors absconding into the APC, naming governors Dave Umahi of Ebonyi State, Ben Ayade of Cross River State, and Bello Matawale of Zamfara State.

Kola Ologbondiyan, the National Publicity Secretary of the PDP said ”The party wishes him the best in his future vocation”. 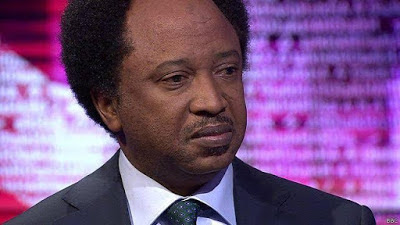 Sani was elected a senator on the platform of the All Progressive Congress (APC) into the eight assembly from 2015 to 2019.

The Senator was unable to return to the senate in 2019 following an unresolved issue with serving Governor Nasir el-Rufai.

The controversies stopped him from getting the party ticket, which forced him to defect to the People’s Redemption Party (PRP) under which he contested but lost.

Recently the senator dumped the PRP but he did not state his new party.

His close aide, Malam Suleiman Ahmed, confirmed his defection on Thursday, when he had a meeting with relevant PDP stakeholders in Kaduna.

“Yes, Distinguished Senator Shehu Sani has finally settled to join the PDP but official ceremony and reception will be in the next two weeks all things being equal,” he said.