The Nigerian Police Force has given reasons why the Chief Security Officer (CSO) to Rivers governor, Nyesom Wike was withdrawn.

Wike had made a public outcry condemning the Police for his CSO’s removal.

But in a statement issued on Wednesday by the Force Public Relations Officer, DCP Don Awunah, the police said, DSP Promise Nwosu, was withdrawn due to “gross professional misconduct”.

According to Awunah, Nwosu was spotted alongside All Progressive Congress (APC) on November 17 during a peaceful protest against the governor.

The statement read, “It will be recalled that on 17th November, 2016 during peaceful demonstrations of an opposition party in the state, All Progressive Congress (APC), the Chief Security Officer to the governor, DSP Promise Nwosu was found among the protesting party faithfuls in a manner prejudicial to discipline and displaying conduct unexpected of an officer of his calibre and office.

“In the course of monitoring the public protest, an Assistant Commissioner of Police in charge of Operations in Rivers State observed the presence of the CSO among the protesting partisan crowd as illegal, unlawful and outside prescribed schedule of the duties of a CSO.

“The active presence of the CSO to the governor in a partisan crowd of an opposition party to the governor in a clandestine and suspicious manner was considered mischievous and detrimental to the security of the state and public order and also contrary to his oath of office which constitute an offence against discipline.

“The CSO to the governor, when challenged by a superior officer demonstrated brazen indiscipline and showed disrespect to the senior officer, exhibiting conduct that violates all known norms of the force.

“As a result of such gross misconduct and apparent partisanship, the IGP ordered the redeployment of the CSO pending further disciplinary action. To this end, the IGP has also constituted an investigative inquiry into the officer’s open engagement in political activities, disrespect to senior officers and unethical practices.

“It is absolutely imperative the Police and police officers are insulated from partisan politics. The IGP therefore warn all police officers in any capacity to desist from acts that portray the force in a bad light and question the integrity of the personnel.

“In addition, any police officer, especially CSOs, Aides-de-Camp (ADCs), and orderlies attached to political officer holders or senior government officials who engages in activities outside the official schedule will be removed and made to face severe disciplinary action.

“It instructive to maintain that the redeployment of the CSO to Governor Wike must not be misconstrued or misinterpreted as it is widely reported in the media. The Police Force must not be drawn to direct partisan politics and acts that are inimical to peace and public order.

“The Governor as Chief Security Officer of the state is at liberty to select any officer of his choice from the strength of the command to serve as his CSO but under no circumstance should any officer abandon the security of his principal and legitimate duties to engage in direct partisan politics or conversely should any political office holder use police officers attached to them for political machinations,” Awunah concluded.

Authorities of the 7 Division Nigerian Army, Maiduguri, have withheld the salaries of 45 soldiers, according to sources.

The soldiers, who were among the 149 troops of the 153 Task Force Battalion withdrawn from Marte, Borno State, after spending three years in counterinsurgency operations, were accused of for abandoning their duty posts.

The battalion came under attack on three occasions during which several soldiers were killed while a range of weapons, equipment and vehicles were either carted away or destroyed.

The battalion was overhauled after the last attack in February.

A source said necessary changes were made and troops who served with the battalion were moved to different formations in Maiduguri before a new deployment was made.

“Some of the soldiers who were not seen at their new units were believed to have gone on AWOL (Absence Without Leave). Their salaries accounts were not credited in April,” he said.

But one of the affected soldiers said the allegation of desertion against them was untrue.

“We were not given our salaries and when we asked our supervisors in the 7 Division, we were shocked to hear that we had forfeited all our entitlements over desertion.”

Attempts to get the response of army authorities were not successful.

EFCC goes after top officials of PDP over N10bn scandal 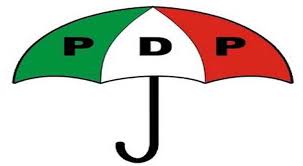 The Economic and Financial Crime Commission (EFCC) has invited officials of People’s Democratic Party (PDP) for questioning over alleged criminal conspiracy, abuse of office, diversion of funds and fraud.

This is coming barely a month after a chieftain in the PDP, Kazeem Afegbua, petitioned the anti-graft agency to scrutinise the Secondus-led National Working Committee on financial misappropriation.

In the letter of invitation dated May 17, 2021, and addressed to the Prince Uche Secondus, the EFCC said the need to obtain certain clarification from the party has become imperative.

The agency, however, requested the party’s National chairman to release the National Auditor, National Organising Secretary and Director of Finance to report at the EFCC headquarters from May 19th to 21st 2021.

The agency also requested the national officers to honor the invitation with relevant documents relating to sole of forms into the party’s elective positions from January 2017 to date.

Kazeem had in his petition alleged that much of the financial transactions of the PDP under Prince Uche Secondus has been shrouded in mystery, accusing the leadership of deliberate attempt to shortchange the party in the build up to the 2023 general elections.

However, Secondus had since denied the allegation and filed a N1 billion suit against the petitioner, Kazeem Afegbua.

The National Agency for Food and Drug Administration and Control (NAFDAC), has granted approval for the conditional emergency use of Janssen COVID-19 vaccine in Nigeria.

Janssen COVID-19 vaccine is the third vaccine recommended for administration in the country.

The director-general of NAFDAC, Prof. Mojiola Adeyeye, in a statement on Tuesday, said information on the vaccine shows it met the criteria for efficacy, safety and quality.

“The Phase III clinical trial involved over 44,000 people. Half received a single dose of the vaccine and half were given placebo (a dummy injection). People did not know if they had been given Janssen COVID-19 Vaccine or placebo.

According to her, the trial showed a 67 per cent reduction in the number of symptomatic COVID-19 cases after two weeks in people who received Janssen COVID-19 Vaccine.

On the vaccine safety, Adeyeye said NAFDAC, in line with its pharmacovigilance and safety monitoring plan for COVID-19 vaccines, will closely monitor and subject the Janssen COVID-19 Vaccine to several activities that apply specifically to COVID-19 vaccines.

The AstraZeneca vaccine which Nigeria has been giving out has garnered many sceptics internationally after some recipients of the vaccine died.

At least 16 countries including Germany, France and Sweden have suspended the use of AstraZeneca, which put on the Nigerian government to suspend it.