Barely 24 hours after the ruling All Progressives Congress (APC), accused the former ruling  Peoples Democratic Party (PDP) of pervasive corruption that needed to be cleaned, before Nigeria will be able to actualize its potentials, the PDP, has responded, accusing the Presidency and the APC of deliberately resorting to diversionary blackmail and overused excuses to shy away from providing answers to the salient issue of unprecedented damage done to the nation’s economy in its 90 days in office.

The PDP said that rather than hide their heads in shame for poor performance in the last 90 days that has resulted in the sudden economic retrogression, the worst ever experienced by the nation, the APC and Presidency continue to grope and look for excuses.

PDP National Publicity Secretary, Olisa Metuh, in a statement on Sunday, said discerning minds were appalled that instead of providing answers to issues of economic retrogression, the Presidency and the APC have resorted to wild allegations and insults to attempt to cover their ineptitude and divert attention from their list of bogus promises which they have no intention to fulfill.

“The PDP has severally expressed its support for a holistic fight against corruption and we have challenged the Federal Government to investigate and prosecute all corrupt persons irrespective of ethnic and political affiliations. We are therefore appalled that instead of getting serious with the challenges of governance, the APC is bent on inventing excuse for its crass incompetence to create and manage wealth, to the detriment of the nation.

“We challenge the APC and the Presidency to be honest enough to respond to issues instead of resorting to propaganda. Is the so-called mess clearing an answer for the adamant stance of the APC and President Buhari in running a government without a cabinet and precise fiscal policy direction, a strange totalitarian approach that has taken serious toll on the economy and the polity in general?

“Is it an answer to the resort to constitutional violations, abuse of financial regulations, halting of development projects and the pervading uncertainty that resulted in the retarding of domestic and foreign direct investments with attendant avoidable losses to Nigerians?

“What has the APC and the Presidency to say to the official report by the National Bureau of Statistics that while they are busy celebrating imaginary achievements, the economy is running aground with real Gross Domestic Product (GDP) plunging with about 2.35%, with job creation dropping by 69 percent under their watch?

“Are we not already experiencing the consequences of abuse of rules such as the foisting of foreign exchange transaction restrictions in violation of the Foreign Exchange Monitoring And Miscellaneous Provisions Act, otherwise known as Decree No. 17 of 1995?

“What is the APC-led government’s answer to the report by Fitch Rating, which alerted that Nigerian banks and other businesses in the sector are now at risk following the economic slowdown occasioned by the incompetence of the President Buhari-led APC government?

“Why have the government and the APC refused to provide answers to the recent depleting of funds inherited from the previous administration without recourse to appropriate statutory arms of government, while no corresponding improvement has been witnessed in the economy?

“Is the APC not artfully seeking to appropriate the achievements made by the PDP-led administration; such as the effort in ending polio, the improvement in power supply, the reopening of the refineries, among others which are dividends from numerous investments by the previous administrations?

“While we expect the present administration to be serious about the fight against corruption by ensuring that all corrupt persons are brought to book, especially those who, as major beneficiaries of corruption and sleazes associated with themselves and their allies, believe they now are now safe, as members of the APC.

In the same vein, we restate our caution against the current drama of politicizing the issue of corruption in the country, while turning blind eyes to reports of sleazes going on unchecked in government quarters under the current administration.

I won’t allow anyone steal my votes this time – Adeleke 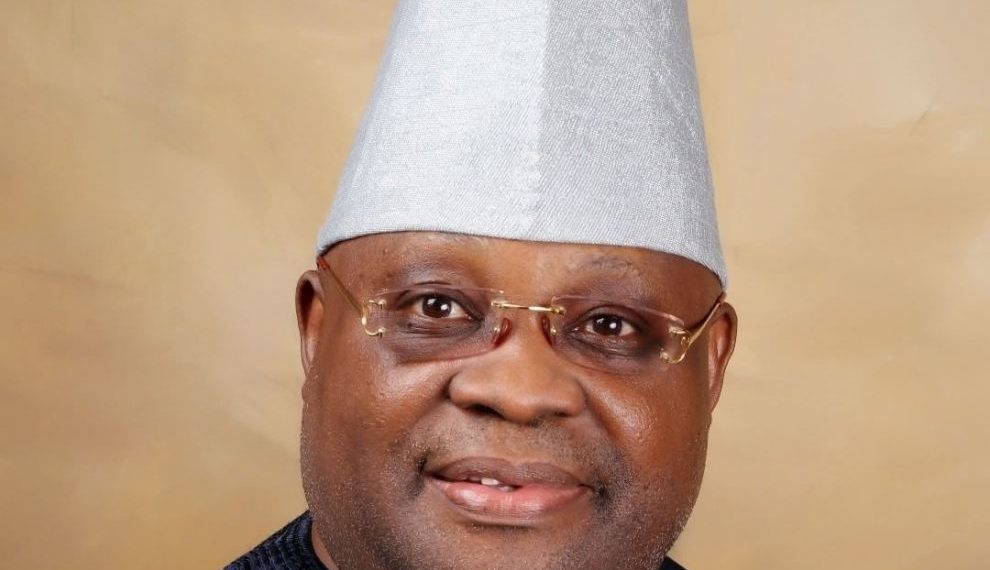 The candidate of the Peoples Democratic Party (PDP) in the July 16 governorship election in Osun State, Senator Ademola Adeleke, has warned against any attempt to manipulate the poll.

Adeleke alleged that he was rigged out in the 2018 governorship election and told anyone planning to rig the poll not to play with the resolve of Osun people that were seeking change in government.

The ex-federal lawmaker, who said he had spoken with members of his party to eschew violence, added that he would not sit back and watch while people attempted to steal votes.

He said, “We have spoken with our members. We want peace. We are not out to fight anyone or cause trouble, but we will not stay idle or watch and appear helpless when people attempt to steal votes. We will stop them.

“We have warned them not to play with the resolve of the people of Osun State who are genuinely seeking and praying for the election day to come so that they can heave a sigh of relieve from their current unpalatable government.”

Asked about the rancour in the Osun PDP,  Adeleke said, “It is a family affair. We are not fighting. We initially disagreed when we were seeking the party’s ticket. That has been settled by the delegates and the court has also stamped their decision. Everyone that contested wants the PDP to win the election. We will do so together and I am sure they are all working with us to achieve positive result.”

But while reacting to the PDP candidate’s claims, Media Adviser to the chairman of the All Progressives Congress in Osun, Kola Olabisi, said Adeleke’s claim that the 2018 governorship election was rigged by the ruling APC was tantamount to rubbishing Supreme Court which had upheld the ruling party’s victory.

Olabisi said, “No discerning mind will take any outburst from the embattled Senator Jackson Nurudeen Adeleke with seriousness because of his unenviable past records.

“One can understand why it is pretty impossible and difficult for him to comprehend the fact that once the Supreme Court of Nigeria has made a verdict on an issue, it is settled once and for all.  Jackson won’t know this because of his limited education or absolute lack of same.

“Referring to the 2018 Osun State governorship election by any entity as being rigged by Governor Oyetola is tantamount to rubbishing the highest court in the land with impunity.  If Ademola is insisting that he won the 2018 governorship election, why has he not been the four-year tenant of the Bola Ige House?  Ademola Adeleke is only ranting. He should be ignored.”

Confusion as APC clears Attorney-General, Malami for election, despite withdrawing from governorship race

The Attorney-General of the Federation and Minister of Justice, Abubakar Malami, has been cleared by the screening committee of the All Progressives Congress to contest the 2023 Kebbi governorship election.

This is despite Malami’s withdrawal from the governorship race last week Friday.

Malami, who declared interest to contest in the Kebbi governorship race last month, pulled out of the race for fear that he might not get the ticket.

Fearing that he might not get the ticket under the current circumstances, Malami was said to have changed his plan and pulled out of the governorship race.

However, a document seen by Peoples Gazette conveyed Malami’s clearance to run, stirring controversy in the political sphere since the AGF had already withdrawn his governorship ambition, in order to retain his ministerial appointment.

President Muhammadu Buhari had last week issued a directive ordering all political appointees to resign before contesting in the forthcoming general elections.

It is unclear if Malami had turned in his resignation to pursue his political quest in compliance with Buhari’s directive or if he was waiting for the Supreme Court’s interpretation of the contentious section 84 (12) of the Electoral Act 2022.

A series of political appointees have sparked public outrage after they went against political norms to seek elective positions without resigning.

Also, there has been a cold political war between the incumbent governor of Kebbi State, Atiku Bagudu, and the political arrowhead of Kebbi, Senator Adamu Aliero, over who succeeds the former.

While Bagudu, who chairs the Progressive Governors Forum (PGF), is rooting for Malami as his successor, Aliero, a two-term governor of the state, has Senate Leader, Yahaya Abdullahi as his preferred candidate for the APC governorship ticket.

The governor removed Kwankwaso red cap from one of the former governor’s strong supporter who defected to the All Progressives Congress (APC).

The red cap is a symbol of Kwankwaso’s political movement, Kwankwasiyya Movement.

Yusuf Ibrahim Sharada , an aspirant for House of Representatives for Kano Municipal, who just decamped to APC had visited Ganduje at Government House, Kano.

While receiving Sharada , Ganduje removed his red cap and held it with his mouth before replacing it with a cap with an insignia popularised by Bola Tinubu.

Ganduje is a strong advocate of the presidential ambition of Tinubu.

The Ganduje and Kwankwaso parted ways, politically, in 2015, following alleged insistence of Kwankwaso to control the government of Ganduje.