The Oyo State House of Assembly has constituted a committee to evolve a permanent solution to the herdsmen-farmers crisis in the state.

The Assembly at its plenary in Ibadan on Thursday constituted the committee to be headed by the Majority Leader, Hon. Kehinde Subair.

The Speaker, Hon. Michael Adeyemo, had charged the feuding parties, who appeared at the plenary following a summon, to co-exist peacefully.

The  assembly had at its plenary on Aug. 20 summoned the parties and some concerned stakeholders to appear before it.

Among them were the Permanent Secretary and Director, Livestock, Ministry of Agriculture and Rural Development, the Commissioner of Police as well as representatives of the herdsmen and farmers.

Addressing the assembly, Mr Gabriel Kehinde, the Acting Permanent Secretary, Ministry of Agriculture and Rural Development, called for the provision of grazing reserves.

He also urged the assembly to caution traditional rulers who he accused of conniving with the herdsmen because of pecuniary gains.

Odedeji also urged the assembly to prevail on the police to discharge their duties impartially.

Bello alleged that farmers in the state often lace their farmlands and crops with poison in other to kill their cattle.

He also alleged that the grazing reserve at Ayete and Igangan areas of the state were not accessible because the community had ploughed the land to ward them off.

Hon. Muideen Olagunju (Accord- Oyo East/Oyo West) urged the state government to provide more grazing reserves while the existing ones be adequately maintained.

Also speaking, Hon. Joshua Oyebamiji (Accord- Akinyele 1) called on stakeholders to consult agriculturists on how to provide alternative means of feeding cattle in the absence of grazing reserves.

The Speaker, on his part, called on traditional rulers and security agents to be more responsible in their conduct and not create discord among the people.

Another motion by Hon. Olusegun Olaleye (APC-Ibadan North II) calling on the state government to order the state Ministry of Works and the road management agency to rehabilitate the Polytechnic-Ijokodo road was also discussed.

‘My children slipped through my hands’: father of drowned Syrian boy 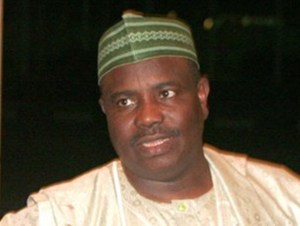 Governor Aminu Tambuwal of Sokoto State government has relaxed the 24-hour curfew he imposed on the state capital following violent protest over the arrest of some youths allegedly involved in the killing Deborah Samuel, a 200-level student.

Tambuwal in a statement issued by his Commissioner for Information and Orientation, Isah Bajini, said the revised curfew will now be from dusk to dawn in Sokoto township.

The statement noted that “Sequel to the briefing by the security heads in the State, the State Governor, Rt Hon Aminu Waziri Tambuwal has ordered the relaxation of the 24-hour curfew in force in Sokoto metropolis

“The revised curfew will now be from dusk to dawn in Sokoto township. This is with a view to affording people the window to pursue their legitimate businesses and other means of livelihood.”

Recall that following the lynching of the 200-level student for allegedly insulting Prophet Mohammed, the State’s police command arrested some persons linked to the incident.

However, a large number of Muslim boys who were angered by the arrest, stormed the streets in the State on Saturday, demanding the release of the suspects.

The development, which triggered tension in several parts of the State, made the Governor to impose the curfew. 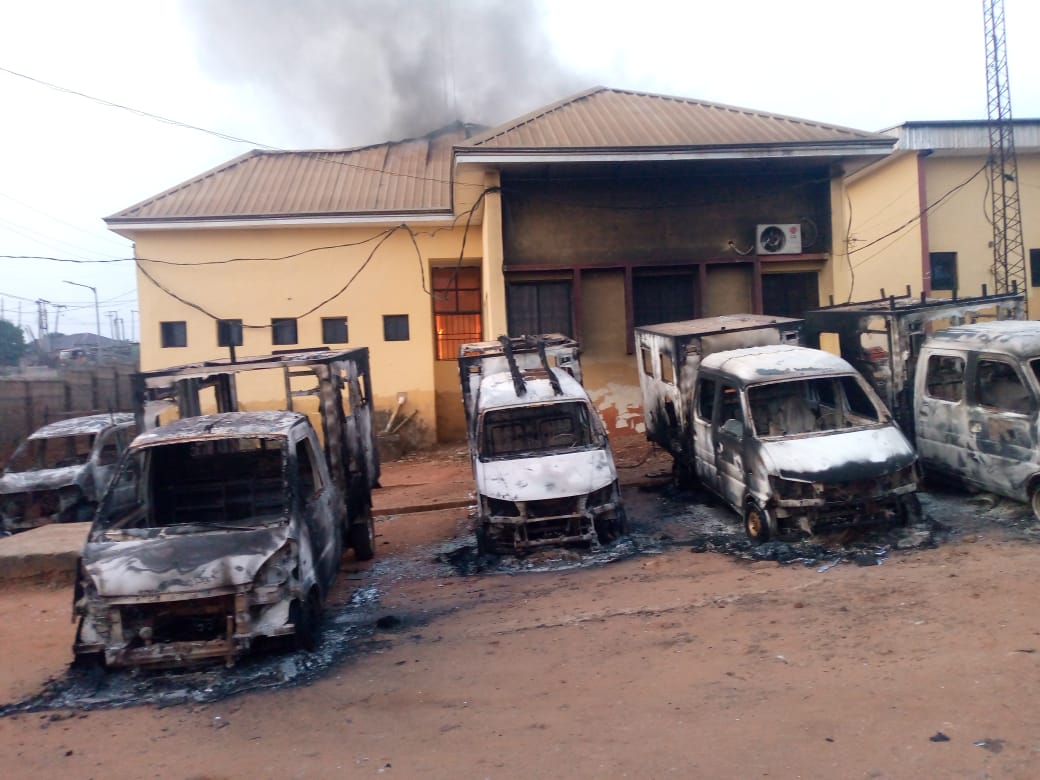 Suspected arsonists have burnt down Idemili North Local Government secretariat in Ogidi and a Magistrate Court in the area.

Sources said the arsonists entered the premises on Sunday night to perpetuate the act, burning down all files, properties in the secretariat, including the secretariat building.

Videos and pictures circulating online showed that the entire buildings were reduced to rubbles, while vehicles parked inside the Local Government secretariat were also burnt to ashes.

The State Police Command has also confirmed the development, attributing it to unidentified arsonists.

DSP Toochukwu Ikenga, the spokesperson of the State Police Command said: “Yes, the incident was confirmed, and our men were there to restore normalcy.

“Right now, the fire has been put off, and calm has been restored to the area,” Ikenga said.

The National Assembly has transmitted the amended Electoral Act 2022 to the Presiden Muhammadu Buhari for assent.

The bill was transmitted to the Presidency on Friday.

Sources in the Presidency and the National Assembly confirmed the transmission.

A source in the Presidency, who spoke on the condition of anonymity as he had not been authorised to announce the development officially, said, “Yes, it has been transmitted. But wait till Monday when it may be announced when the President will sign it.”

Another source in the National Assembly said, “It was transmitted on Friday. I needed to confirm it before saying anything.”

It was further learnt that Buhari would sign the amendment ahead of primaries of political parties beginning next week.

The Senate and the House of Representatives had last week passed an amendment to the Act to recognise statutory delegates at primaries, congresses, and conventions of political parties.

The lawmakers particularly amended Section 84(8) of the Act to provide automatic or statutory delegates, ahead of the forthcoming party primaries, from where candidates would emerge for the 2023 general elections.
In March, the National Assembly had passed the bill for the Act while the President signed it into law.

While political parties are close to conducting primaries to elect candidates for the 2023 general elections, the Act did not allow members elected into public offices and executives of the parties, known as statutory delegates, to participate and vote in the conventions, congresses, or meetings of parties.

The chambers had described the omission as “a fundamental error.”

Without the provision by the law, Buhari; the Vice-President, Prof Yemi Osinbajo (SAN); members of the National Assembly, governors and their deputies, members of the State Houses of Assembly, chairmen of local government areas, councillors, executives of political parties, amongst others, would have been disenfranchised.