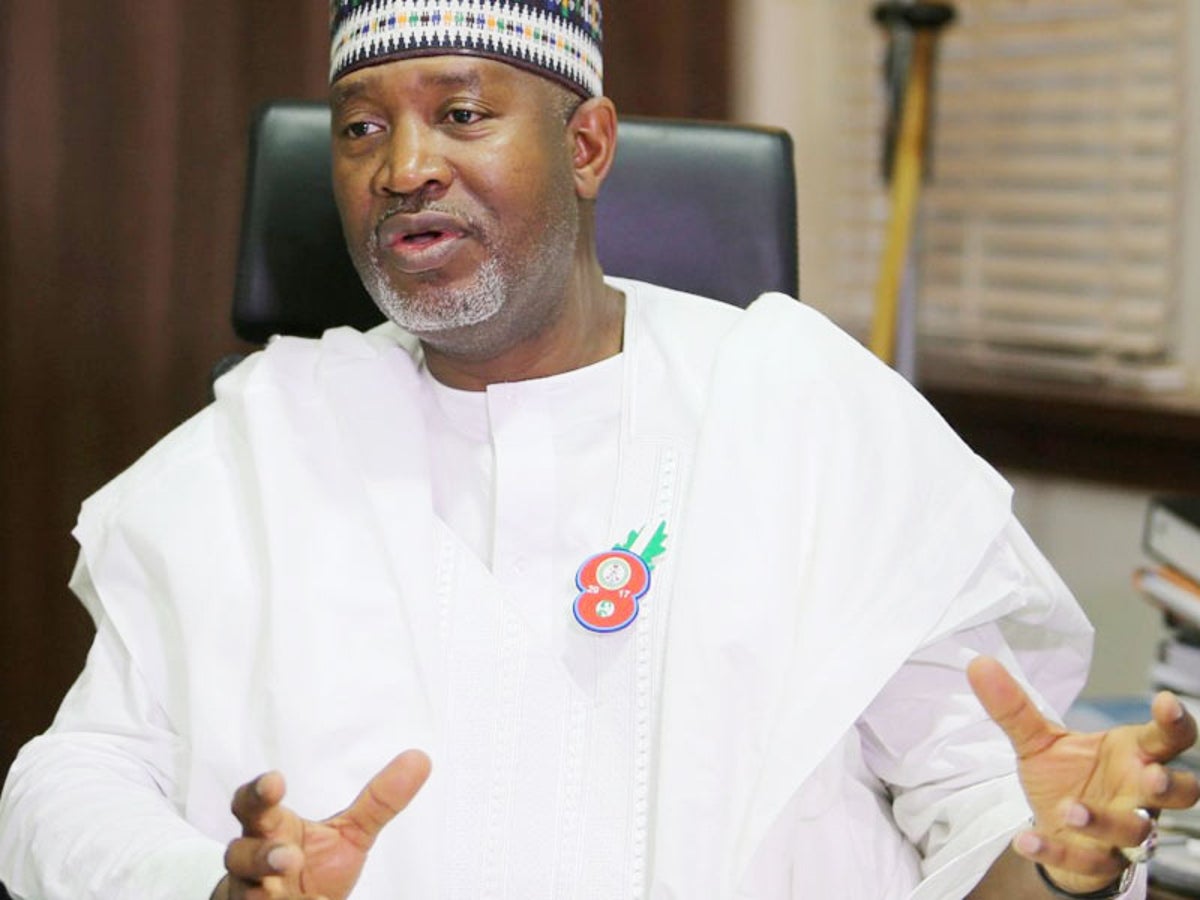 There are strong indications that Nigeria may be prompted to review the Bilateral Air Service Agreement (BASA) with the United Kingdom if it continues to put the country on red list.

Last Saturday the British High Commission, Abuja issued a statement where it confirmed that it had put Nigeria on red list due to Omicron variant of COVID-19, as some Nigerians who returned to the UK were identified to have the variant after undergoing tests.

Being in the red list means that only UK and Irish citizens and residents would be allowed to enter the UK, while others travelling from Nigeria would not be allowed, except on transit at the airside of the airport.

It was gathered that the UK might remove Nigeria from the red list after reviewing its decision on December 20, 2021, but if it retains Nigeria in the list, the federal government might be provoked to review the BASA agreement between the two countries.

Currently no Nigerian owned airline operates to the United Kingdom, but British Airways and Virgin Atlantic Airways from the UK operate to Nigeria.

Speaking on the matter, the Former acting Director General of the Nigerian Civil Aviation Authority (NCAA), Benedict Adeyileka, told a national newspaper that Nigeria should reciprocate in a way that it does not affect its citizens.

Adeyileka said Nigeria does not have Nigerian airlines that currently operate to the UK, so if Nigeria stops UK carriers it means the airfares by other international airlines will become outrageous.

“We can reciprocate in a way that it will not hurt Nigerian travellers. If we stop British airlines from coming to Nigeria, airfares by other airlines will become too high. They will rip-off Nigerians. Lufthansa, Air France, KLM, Qatar, Emirates and others will increase their fares and Nigerians will pay.

He also suggested that if Nigeria wants to reciprocate it could ban travellers from the UK and Canada who do not have Nigerian citizenship by insisting that Nigerians with Nigerian passports, including expired ones should be allowed to enter the country.

“We can stop British and Canadian citizens who come to Nigeria to do business but we cannot stop Nigerians with dual citizenship, otherwise your policy will hurt Nigerians.

The UK – Nigeria BASA was signed in 1988, and has been amended by Memoranda of Understanding (MoU) that contain the following provisions: first, on the designation provision, the agreement allows each country to designate up to three airlines; on the UK side, currently there are BA, BMI and Virgin, while for the Nigeria side, the current designate includes Arik Air, Air Nigeria and KaboAirline (a designation exists for Bellview, but this airline has long ceased operations).

The Nigerian airlines in the agreement that ought to reciprocate the British carriers that operate to Nigeria do not have the capacity to do so and except Arik Air, which successfully operated the rout until it was stopped in 2017 by the Asset Management Corporation of Nigeria (AMCON) when the airline went under receivership, none of the other airlines operated to UK from Nigeria.

But Medview Airline operated Lagos-London for few months until it was stopped by the European Union Aviation Safety Agency (EASA).

Major industry operator who wish to remain anonymous, told THISDAY that what Nigeria needs is to be more transparent in the enforcement of its COVID-19 protocol, to ensure that it strictly follows the rules and has proper documentation of deaths from the virus, number of people vaccinated, investigate those alleged to be issuing fake certificates and deal ruthlessly with them.

An operator who do not want his name in print said Nigeria should also ensure that there is efficient facility that meet international standard for the storage of COVID-19 vaccines and also ensure effective distribution.

“What we need to do is to be honest with ourselves. We are aware that Nigerians are flouting the COVID-19 protocols, churches have started and other activities that bring people together are going on. We hope UK will lift Nigeria from the list on December 20, but we should also assure them that we are doing the right thing,” the source said. 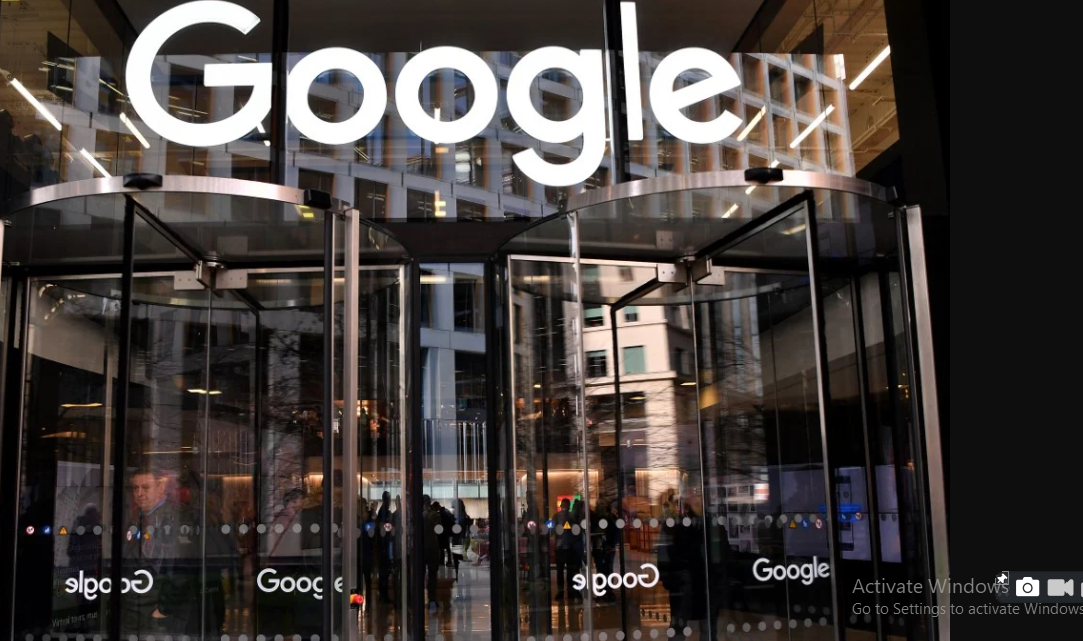 Google has announced plans to invest $9.5bn in its US offices and data centers around the country in 2022, up from more than the $7bn it spent in 2021.

According to CNN, the big bet on office space was coming at a point Google was embracing a hybrid work model. The Alphabet-owned company has called for many of its employees to work in an office three days a week after two years of being fully remote.

The Chief Executive Officer of Alphabet and Google, Sundar Pichai, said, “It might seem counterintuitive to step up our investment in physical offices even as we embrace more flexibility in how we work.

“Yet we believe it’s more important than ever to invest in our campuses and that doing so will make for better products, a greater quality of life for our employees, and stronger communities.”
Google said it would open an office in Atlanta this year and continue to develop and expand office space in Austin and New York. It added that it planned to continue investing in data centers in Iowa, Nebraska, and Tennessee, among other states.

As part of the announcement, Google said it expected to create at least 12,000 new full-time jobs at the company this year.

Google and other tech companies were among the first businesses to shift to remote work when the pandemic hit in early 2020. But that shift always appeared to be temporary. Like others in Silicon Valley, Google had previously invested billions in expansive campuses and lavish office benefits for workers.

European stocks retreated on Wednesday following the latest round of talks between Russia and Ukraine, aimed at finding a solution to the conflict.

Investor sentiment was boosted on Tuesday following negotiations between Russian and Ukrainian officials in Turkey, at which Russia’s deputy defense minister claimed Moscow had decided to “drastically” cut back its military activity near Ukraine’s capital.

Alexander Fomin, who spoke following the talks in Istanbul, said Russia would slow its military operations near Kyiv and Chernihiv in order for peace talks to progress. Russia previously claimed that it would reduce military operations in other parts of Ukraine but then continued its advance.

Doubts have set in over the pledge, however, and while the Russian military has begun moving some of its troops in Ukraine away from areas around Kyiv to positions elsewhere in Ukraine, Pentagon Press Secretary John Kirby warned the troop movements do not amount to a retreat.

Shares in Asia-Pacific were mixed in Wednesday trade as investors watch for developments surrounding the war in Ukraine. Stateside, traders are keeping tabs on a slew of key economic reports, while also monitoring the Federal Reserve’s planned interest rate hikes.

The Job Openings and Labor Turnover Survey on Tuesday showed 11.3 million job openings, higher than the 11.1 million expected. The ADP will also release its private payrolls data ahead of the closely watched monthly jobs report, on Friday.

Lagos Assembly kicks against harassment of residents by police

Obasa said this on the floor of the House when lawmakers honoured outgoing Commissioner of Police, Mr. Hakeem Odumosu, who has been promoted to Assistant Inspector-General, and is due to retire in January 2022.

Obasa said Odumosu was honoured as the first Commissioner of Police in the state to stand before the lawmakers and address Lagosians on his experience policing the state.

The Speaker thanked Odumosu for his openness and responsiveness to issues affecting the peace of the state.

“It is important to call on those behind you to know that the relationship between the police and the people need to be constantly improved upon,” Obasa said, adding that men of the Nigeria Police Force need to build more trust among the people.

“Everybody must be treated with respect, dignity and honour. And that is how we can earn respect. Policing should not be about harassment and extortion but building trust among the people and making them comfortable,” Obasa said.

The Commissioner of Police, who led a team of officers to the House, thanked the lawmakers for their support. According to him, nothing could have been achieved in terms of security and peace in the state without assistance of the House.

He said he would remain grateful to Lagosians for making it possible for him and his team to effectively manage the security of the state.

Odumosu, who described Lagos as ‘mini-Nigeria’, said proactivity of the Assembly led to the creation of laws that helped the police remain successful in the state.

He said the Cultism Prohibition Law also helped to reduce illegal associations in tertiary institutions in the state and enlightened property owners and residents.

“We promise to continue to excel in providing watertight security for people of the state,” he told the lawmakers. He also promised he would encourage his successor to sustain the relationship between the police and the House, while urging the lawmakers to extend their support to his successor.

“Policing Lagos is not a tea party. Without the laws in Lagos, it would have been difficult to police the state. Don’t get tired, don’t relent in making laws that would make Lagos maintain its place as the most peaceful state in Nigeria,” he said.