The Monetary Policy Committee (MPC) on Tuesday again retained interest rate at 14 per cent with all other policy parameters unaltered.

The Central Bank of Nigeria (CBN) Governor, Mr Godwin Emefiele, announced this in Abuja during a news conference on the outcome of the MPC meeting.

He said the committee elected to retain the current policy, which is the Monetary Policy Rate at 14 per cent, Cash Reserve Ratio at 22.5 per cent and Liquidity Ratio at 30 per cent.

The Asymmetric Window was also retained at +200 and -500 point around the Monetary Policy Rate.

Emefiele said that the committee assessed the relevant risks to the global and domestic economy and concluded that the risks to the economy remained highly elevated on price and output.

He said that available data and forecasts of key economic variables indicated that the outlook for growth and inflation in the medium term continues to be challenging.

“Growth is expected to remain less robust, given the absence of sufficient fiscal space.

“The current tight stance of monetary policy and improved agricultural harvests are expected to contain further price increases and moderate price expectations as the trend has already revealed.’’

The CBN governor said that the committee assessed the fragile macroeconomic conditions and the strong headwinds confronting the economy.

He also said that the committee’s considerations include the yet to be unveiled long term uncertainties of Brexit and expectations of significant shifts in the United States economic policy.

He added that the committee reaffirmed the urgency of prioritising the diversification of the economy given the emerging gloomy protectionist outlook of the global economy.

“The committee also evaluated the impact of its July and September 2016 actions on the macro-economy.

“It noted that while foreign exchange inflows into the economy had improved significantly in July and August, it declined after the September MPC meeting, leading to rising inflation and increasing negative real interest rates.

“However, outflows significantly dropped, lending credence to the propriety of the decisions of the July and September MPC meetings.’’

He also said that members stressed the need for a robust and more keenly coordinated macroeconomic policy framework that would restart output growth, stimulate aggregate demand and rein in inflation expectations.

Emefiele said that the MPC welcomed efforts at resuscitating planning, noting the progress made in developing the medium term economic recovery plan and that the Federal Government should urgently assess the extent of its indebtedness to domestic economic agents.

He said that the committee also advised the Federal Government to develop a framework for securitising the debts, to settle its outstanding domestic contractual obligations which cut across all sectors of the economy.

“These accumulated debts have slowed business activities of economic agents, most of who are indebted to the banking system, thus compromising the integrity of the financial system.’’

Emefiele added that members called for an enrichment of fiscal and other sector initiatives and interventions.

This, he said, was geared towards resolving the growth challenges in the economy, to promptly revive confidence in it.

The governor said that the average Naira exchange rate weakened at the inter-bank segment of the foreign exchange market during the review period.

“In spite of the resumed Joint Venture payments in October, total outflows also continued to decrease, dropping significantly by 58.68 per cent from 2.4 million dollars to 1.0 million dollars during the same period.

“The committee also implored the management to continue to direct more focus at making foreign exchange available to agriculture and manufacturing sectors of the economy.

“This is by enforcing its policy directing Deposit Money Banks (DMBs) to allocate 60 per cent of the foreign exchange available to these sectors.’’

Emefiele added that the MPC believed that the security agencies should sustain their checks on the activities of illegal foreign exchange operators, to bring sanity to the segment of the market. 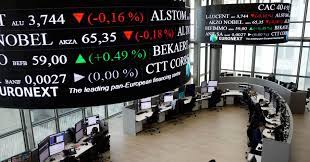 European markets are set to advance cautiously on Monday as investors continue to monitor corporate earnings and key economic data points, assessing the risk of recession.

The pan-European Stoxx 600 index closed Friday’s session down around 0.8% after an unexpectedly strong U.S. jobs report lowered expectations for a recession, and in turn increased the likelihood of the Federal Reserve tightening monetary policy more aggressively to bring down inflation.

U.S. stock futures were flat after the S&P 500 closed out a third straight positive week, with investors turning their attention to a key inflation report on Wednesday.

On the data front in Europe, August’s Sentix economic sentiment index for the euro zone is due Monday morning.

Corporate earnings continue to drive individual share price movement in Europe, with Siemens Energy, Porsche and BioNTech among the companies reporting before the bell on Monday.

Stocks fell Friday in a volatile trading session after the July jobs report was much better than expected, as investors assessed what a strong labor market would mean for the Federal Reserve’s rate tightening campaign.

The Dow Jones Industrial Average shed 96 points or 0.29%.The S&P 500 fell 0.67% and the Nasdaq Composite was down 1.01%. Losses were offset by bank stocks, which rose on hopes that interest rate hikes will continue at a solid clip. Energy stocks also gained, but technology companies slumped.

The labor market added 528,000 jobs in July, easily beating a Dow Jones estimate of a 258,000 increase. The unemployment rate ticked down to 3.5%, below the 3.6% estimate. Wage growth also rose more than estimated, up 0.5% for the month and 5.2% higher than a year ago, signaling that high inflation is likely still a problem.

Stocks opened lower following the report, even as it seemed to indicate the economy was not currently in a recession. Job growth was expected to slow as the Fed continues to hike interest rates to tame inflation, but this report shows a labor market still running hot. That means the central bank may act more aggressively at its next meeting.

“Anybody that jumped on the ‘Fed is going to pivot next year and start cutting rates’ is going to have to get off at the next station, because that’s not in the cards,” said Art Hogan, chief market strategist at B. Riley Financial. “It is clearly a situation where the economy is not screeching or heading into a recession here and now.”

The report is a crucial one as it’s one of two the central bank will see before it decides how much to raise rates at its September meeting. The Fed will have another jobs report and two more consumer price index numbers to weigh before it makes its next rate decision.

Major averages posted their best month since 2020 in July on the hope the Fed would slow the pace of its hikes. The S&P 500 added 9.1% last month. 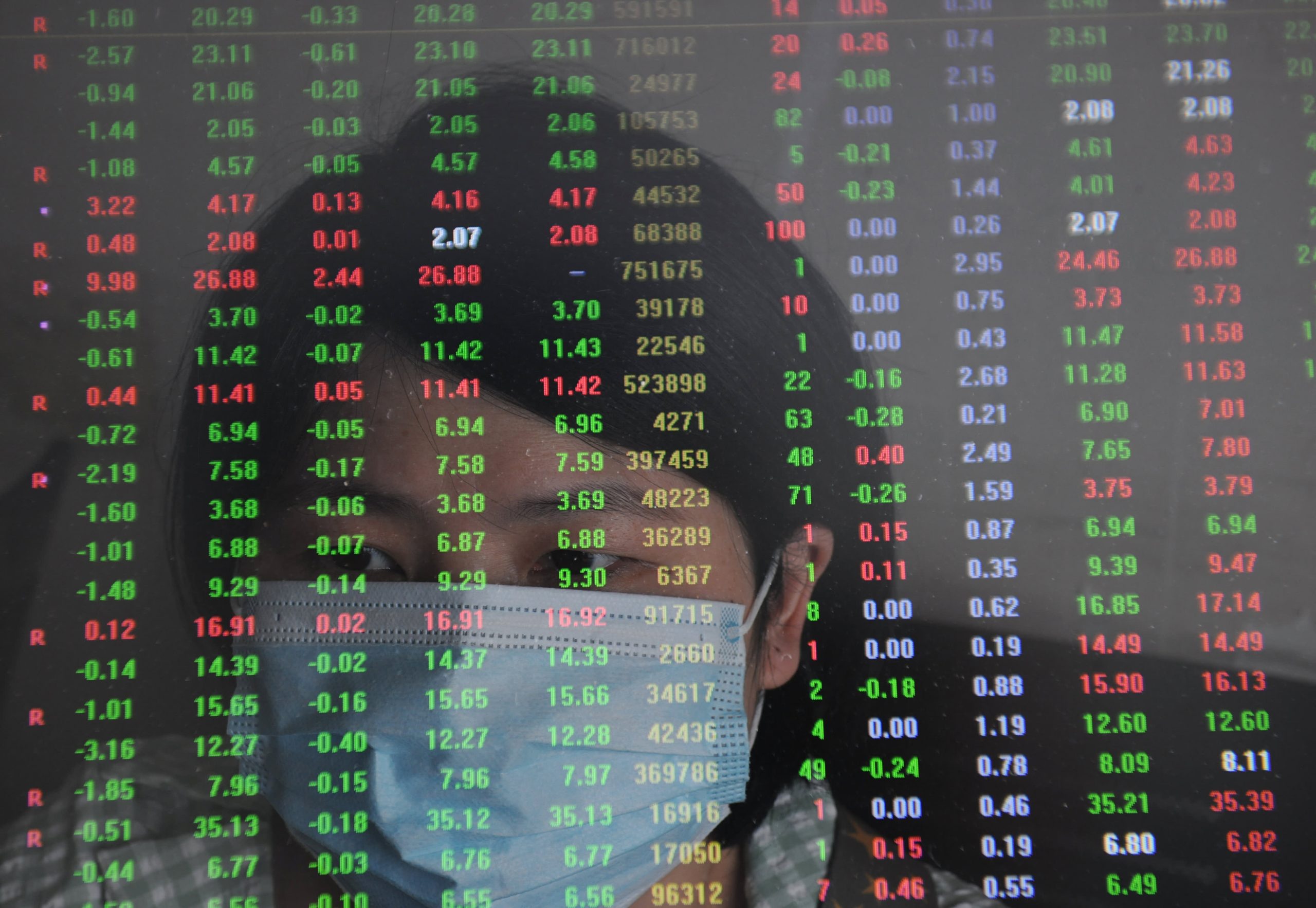 Foreign investors continued to cut holdings in Chinese bonds in July and dumped equities for the first time in four months, according to a report by the Institute of International Finance (IIF).

Emerging markets (EM) posted a fifth straight month of portfolio outflows, setting the longest such streak in records going back to 2005, as global recession risk, inflation and a strong dollar drew away cash, the report released on Wednesday showed.

If confirmed by official data, it would be the sixth consecutive month of foreign outflows from China’s $20 trillion bond market.

The benchmark CSI 300 Index dropped 7 percent, down every week in July, as domestic COVID-19 flare-ups, property woes and global recession risks weighed on the market.

Data showed the world’s second-largest economy slowed sharply in the second quarter, missing market expectations with only a 0.4 percent increase from a year earlier.

With the fallout of the Ukraine war continuing, Sino-US tensions over Taiwan mounted as US House of Representatives Speaker Nancy Pelosi visited the self-ruled island claimed by Beijing.

“For the coming months, several factors will influence flows dynamics, among these the timing of inflation peaking and the outlook for the Chinese economy will be in focus,” IIF said.

Overseas investors have been reducing holdings of Chinese bonds since February, as diverging monetary policies kept Chinese yields pinned below their US counterparts.

The People’s Bank of China has been easing policy to aid a COVID-hit economy, while the US Federal Reserve has been hiking rates to fight soaring inflation