As the crisis, which has already pitched some members of the State Executive of the party against each other, accusing fingers are being pointed at the Chairman, Isaac Kekemeke, that he is allegedly using his position to sabotage he efforts of the party.

Specifically, Kekemeke’s accusers alleged that he has been acting as a mole for the State governor, Dr. Olusegun Mimiko and the Peoples Democratic Party (PDP) to undermine the APC platform.

Leading the opposition against Kekemeke within the leadership structure of the APC, is the State Publicity Secretary, Abayomi Adesanya whose tenure of office has been dodged with controversy since the conduct of the last general elections.

The crisis reached its climax after a purported announcement advertising the position of Director of Publicity by the party, following the sack of Adesanya through a letter signed by APC State Secretary, Rahman Rotimi, refraining the former from issuing statement to the press.

“That your press releases lately have constituted a source of embarrassment to the Ondo State Chapter of our party and have brought serious disrepute to the party,” the letter read in part, stating unequivocally, “you have been barred from addressing or giving any policy statement to the press on behalf of the party till further notice.”

In a document, it was gathered that Adesanya wrote to the State Chairman of the party, stating clearly that he was not afforded an opportunity to present his matter before the working committee.

In the letter, he admitted receiving a notice for the meeting on August 6, 2015 but said he was unavoidably absent to attend to “other pressing matters involving the image making of our party when the meeting was said to have been held,” decrying the maverick move to abolish what he described as “the cherished principles of audi alterem patem, which connotes that they must hear from him.

“I am surprised that you as a lawyer could preside over a meeting to vilify, castigate, banish, bar and above all, take a far-reaching decision affecting my office without hearing from me,” he lamented, describing as ultra vires, the process of shaving a man’s head in his absence as spelt out in the Section 36 (1) of the Constitution of the Federal Republic of Nigeria, as amended, adding that the law entitles him to be heard in accordance with the principles of fair hearing.

His words: “It is therefore absurd, and indeed a thing of great concern for my office to be barred from promoting our great party and allowing the government in power to use all the media apparatus available to her to suppress our party. What is more, you have, by your action rendered the image-making organ of the party in Ondo State inactive and of no consequence.

“I find it extremely difficult to comprehend that the alleged press releases that lately constituted as source of embarrassment to the Ondo State Chapter of our party and that have brought serious disrepute to the party, were not highlighted in your said letter.”

For the record, few weeks ago, the embattled Publicity Secretary made a statement available to journalists, alleging Governor Mimiko of putting Olisa Metuh, the National Publicity Secretary and other National Working Committee members of the Peoples Democratic Party (PDP) on the payroll of the state government.

When contacted on the allegation, he said he had evidences, which he could prove beyond reasonable doubt and still awaits a libel, slander or sedition suit from either the state government as respondent in the matter or the beneficiary, Metuh, whom he said is living fat on the resources of the state “despite the 16-year mess created for Nigeria by PDP.”

Adesanya told Kekemeke: “There is no doubt that our party is in the opposition in this state. It is incumbent on us to bring out constructive criticism of the ruling party in the state and where the party in power makes a major error in its policies and programmes, it is the duty of the opposition to bring this to the notice of the public.”

Without mincing words, he informed the state chairman that neither him nor the state working committee of the party “has the right to abolish the functionality of any of the organs of the party,” and despite the repressive measures to render his office powerless by not funding it for the past two years, he noted that, “I have issued more than 125 press releases and statements, with lots of radio and TV interviews since I became the State Publicity Secretary.

“It is necessary to draw your attention to the fact that I am not your appointee neither is my office an appendage to your office. I was elected the same way you were elected,” the Publicity Secretary predicated further on the mandate he enjoyed from Section 12 (10) Paragraph 10 of APC 2014 Constitution, as amended and his roles in Section 14 (10) as State Publicity Secretary.

He went further in the letter, “I am worried and indeed terrified that the lions and the lambs are kept in the same cage. The lions have no other mission/option than to devour the lambs. I wonder how we can win any election in the state with this seemingly complicity with the PDP-led government in power in Ondo state.”

According to him: “There have been rumours that we lost the last House of Assembly election because of ‘some clandestine negotiations’ with the PDP-led government in Ondo State,” which he said without controversy, led to the gagging and muzzling of the publicity organ of the party to the advantage of the government in power in the state.

When contacted on phone, Adesanya credited the letter to himself and maintained that he was only being persecuted for making herculean efforts to promote the party in the state.

Meanwhile, when the APC chairman was accused some months ago by some party bigwigs in the central senatorial district, led by Ifedayo Abegunde, a two-term legislator in the House of Representatives, over his alleged anti-party activities with Senator Tayo Alasoadura during the National Assembly crises, he (Kekemeke) replied hat he was a bridge mender between the erring members and the faithful ones.

He absolved himself of the allegation against him by some of the party chieftains saying: “if Chief Alasoadura did what I would not do and did what may not be acceptable to the majority of the people within the party and his senatorial district, it’s not enough reason not to relate with him.”

The state party chairman said he has learnt over the years as a politician to disagree without making himself disagreeable, and as expected of his office, “not to isolate or exclude, but to bring all tendencies within the party together including those who sometimes err.”

Kekemeke explained that he is mostly inclined to act like the father of the prodigal son in the Bible, stating further that he must “ensure he brings back to the house those who strayed, for the good of the house.”

PDP State Publicity Secretary, Banji Okunomo in a telephone conversation noted that: “if members of APC are accusing their chairman, it is incumbent on the chairman to defend himself within the ambience of the APC. We are not interested in the internal wrangling of the APC, we are a more focused political party and concentrate on what affects our party directly and indirectly.”

Okunomo stated point-blank: “Like we have always maintained, as far as we are concerned in Ondo State, APC is not an organised party. If they are not organised to the level that they cannot have confidence in their own chairman, that is a high level of irrationality and we could not hold any brief for him.”

“It is such a nebulous, empty allegation that cannot be substantiated by the person alleging. It is the party’s usual way of raising issues and making its voice heard in the state.”

PDP chieftains set to decamp to APC in Jigawa

PDP to APC: You can’t overturn our victory in Rivers, Abia, others 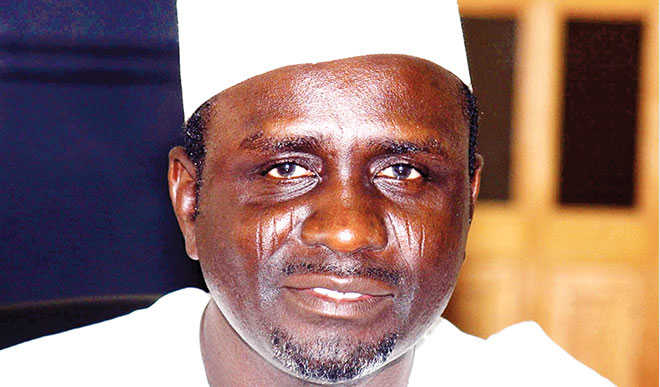 This was confirmed on Tuesday via a terse statement on the official Twitter account of the NNPP.

The statement, which reads: “Finally: Sen Ibrahim Shekarau Join Us”, was shared alongside a photo of Senator Shekarau and Senator Ibrahim Kwankwaso.

Recall that there had been some back and forth about Shekarau’s planned defection to the NNPP, with some power brokers in the APC said to be negotiating with the former governor not to leave the ‘broom party.’

However, Senator Rabiu Kwankwaso has been at the helm of the vanguard, working to ensure Shekarau’s defection from the APC to the NNPP.

On Sunday, Kwankwaso stormed the residence of Shekarau in Kano to work out details of the defection. 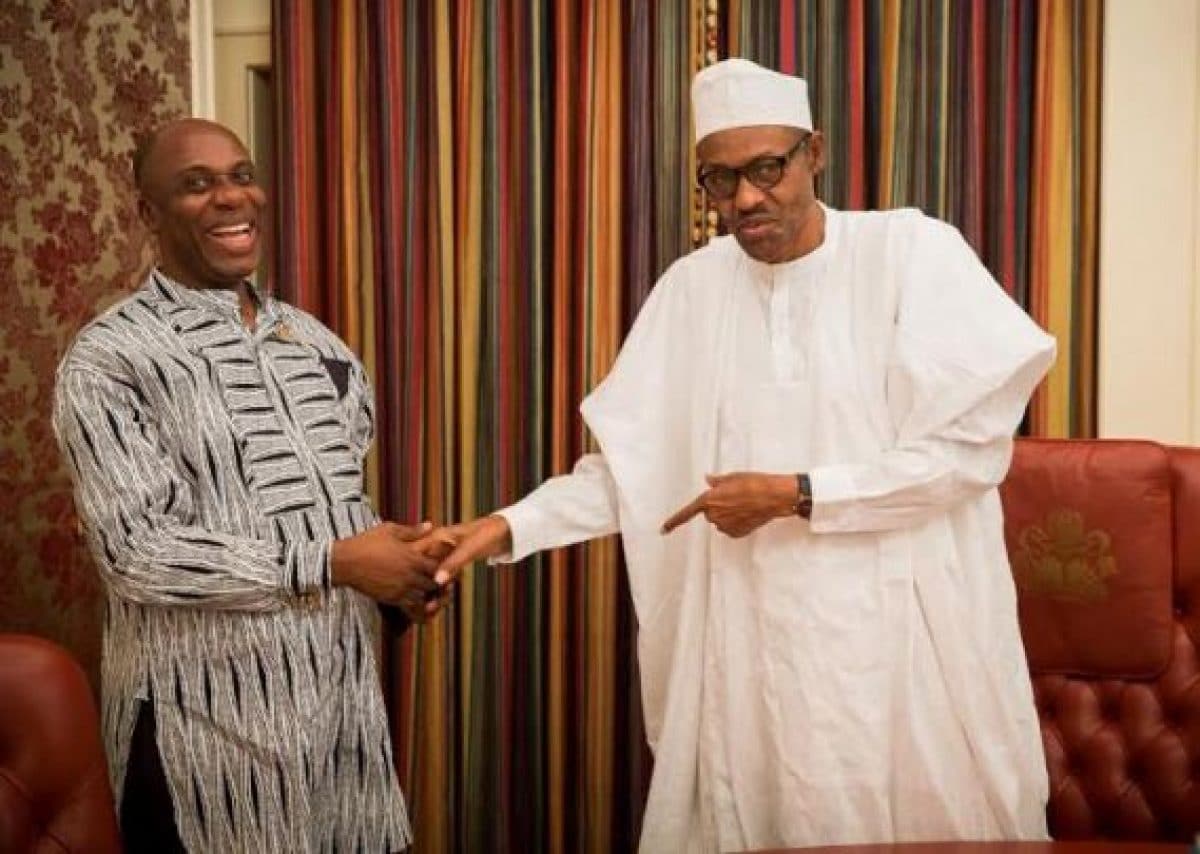 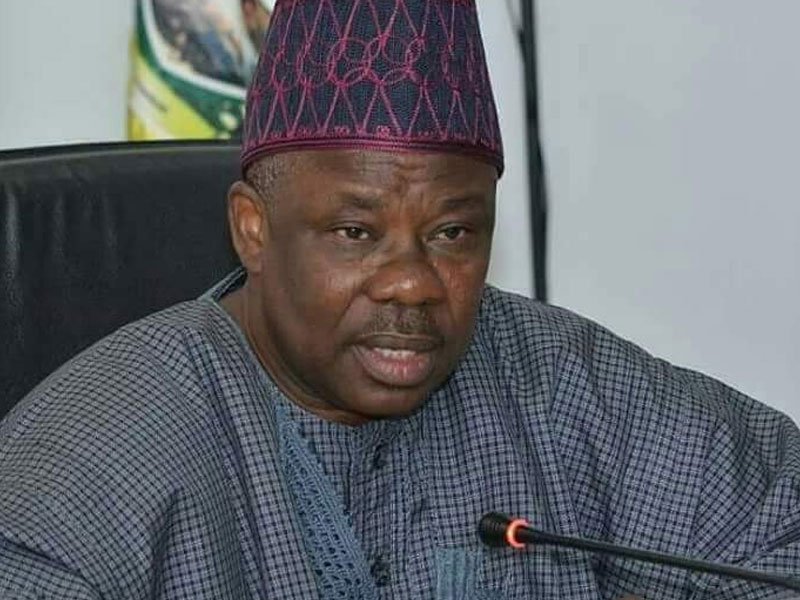