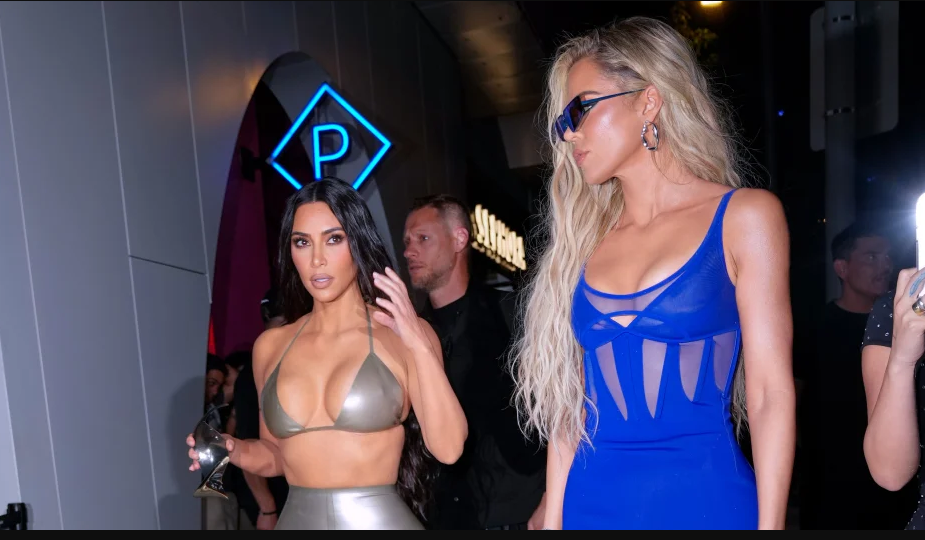 Sibling rivalry? Khloé Kardashian seemed to get a little salty about how amazing sister Kim Kardashian looked in a tiny blue bikini in a series of Instagram photos she posted on March 22. Next to the four snapshots of the Skims founder showing off her incredible hourglass figure, Khloé snarkily wrote “Bitch,” in the comments.

Fans loved the sassy shade that the Good American founder showed over how Kim’s body is so close to total perfection and how she was okay with displaying a little jealousy. “She killed it right?!” one fan agreed with Khloé about how Kim’s bikini photos were beyond sexy.

Others thought the comment showed the bond between the siblings. “Only my sisters can call me bitch,” one person wrote under Khloé’s comment, while another added, “I LOVE THE SISSY CONNECTION.” Some fans reassured Khloe that she is equally stunning, with one telling her, “You look just as beautiful Khloé,” and another writing about her “bitch” comment,
“Says the gorgeous little sis. Sisters are slayin’!”

Kim captioned her photos, “Miami I miss u already!!” as she posed in a blue string bikini on a balcony overlooking the beach and ocean in a tiny triangle top and itty-bitty bottoms with string ties at the hips.

Khloé accompanied her big sis to Miami over the weekend so that she could promote her new Skims Swim line at a pop-up shop. The ladies arrived on March 19 and that evening, hit the town looking so fabulous. Kim kept with the swimwear theme by wearing a metallic bikini top with skin-tight matching pants. Khloé wowed in a blue minidress with sheer cutouts.

While Kim was away in Miami, her boyfriend, Pete Davidson, got a taste of hanging with her family … and it was far less exciting than he had expected. Several Instagram Stories showed that he was having a very tame Saturday night chill session with Kourtney Kardashian‘s ex Scott Disick. Pete panned the camera to show Scott with his head back snoozing on the sofa, while a pal sitting next to him was also asleep.

The Saturday Night Live star swung the camera back to himself, revealing his jokingly annoyed facial expression at the end of the moment. “Boyz night was wild,” was written above both Stories. He must have been so happy to have Kim arrive back home after her quick trip to Miami! 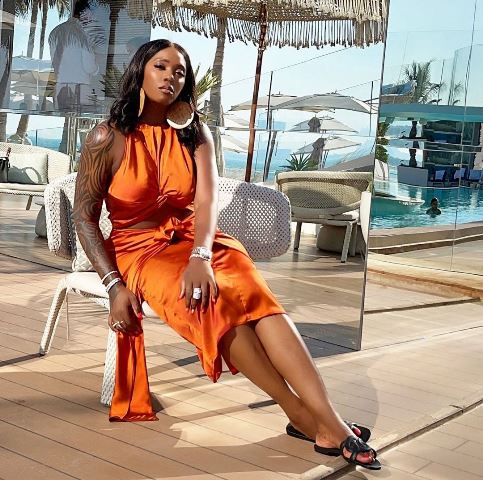 The 42-year-old singer and mother of one took to her Instagram account to announce her newest endorsement deal in a video.

Explaining the video, she wrote, “This one is highly approved by the No 1 ABG, Your girl is on board with one of the coolest brands ever – Tecno. Show some love to my newest family. I am so excited.”

Savage is currently on a tour of cities in the United States of America to promote her ‘Water and Garri’ EP. 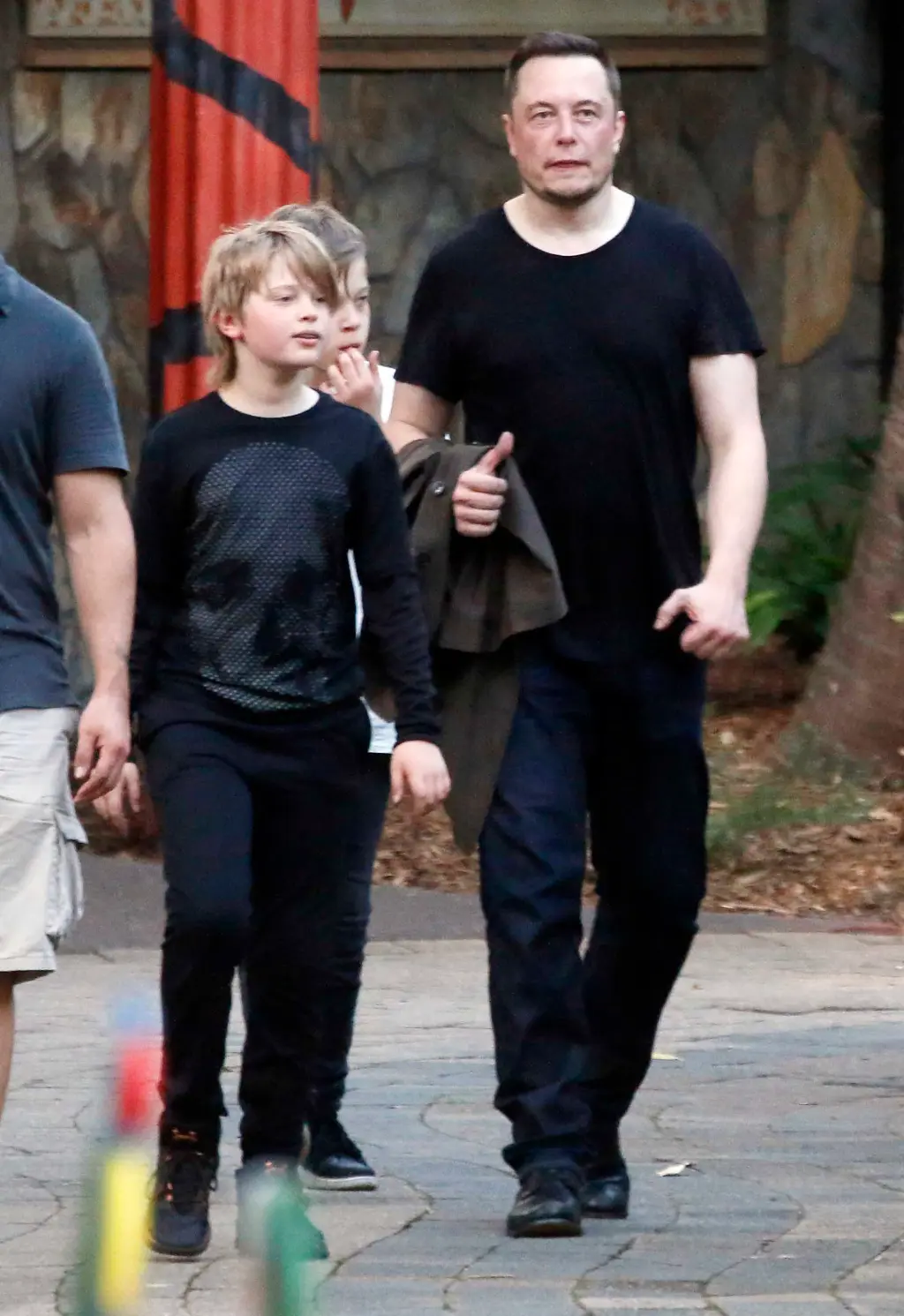 According to court documents on Thursday, a Los Angeles County Superior Court judge approved the petition and asked for a new birth certificate to be issued by the state to reflect the changes.

Vivian chose to remove Musk as her last name, opting for Wilson, which is her mother Justine’s maiden name.

On Tuesday, it was revealed that Vivian – who was given the moniker Xavier Alexander Musk at birth – filed the petition back in April, shortly after her 18th birthday.

The teen listed her name change reason as “gender identity and the fact that I no longer live with or wish to be related to my biological father [Elon] in any way, shape or form.”

Musk, 50, previously claimed he supported transgender issues. However, he came under fire in 2020 for criticizing the use of preferred pronouns.

“I absolutely support trans, but all these pronouns are an esthetic nightmare,” he tweeted at the time, adding, “Pronouns suck.”

On the other hand, mom Justine expressed how proud she was that Vivian was living authentically, quoting her on Twitter.

“‘I had a weird childhood,’ my 18-year-old said to me,” Wilson, 49, wrote after news of Vivian’s gender and name change petition began circulating online.

She then continued the conversation, quoting the child as saying, “I can’t believe I’m as normal-seeming as I am.”

Wilson then told the teen, “I’m very proud of you,” to which Vivian replied, “I’m proud of myself!”

In addition to Vivian, Musk shares the teen’s 18-year-old twin brother, Griffin, with ex-wife Justine, along with 16-year-old triplets Kai, Saxon and Damian.

The death of the veteran actor was announced by his colleague, Foluke Daramola in a post on Instagram on Thursday.

Daramola shared the deceased photo with the caption: “Sad we lost Baba Atoli. Such a shame.”

Friends and family of Baba Atoli also took to social media to mourn him.

Before his death, Baba Atoli begged for financial support following an illness.

In a video posted on Youtube, Baba Atoli called on the national president of the Theatre Arts and Motion Picture Practitioners Association of Nigeria (TAMPAN), Bolaji Amusan, popularly known as Mr Latin, and the Lagos State Governor, Babajide Sanwo-Olu for support.