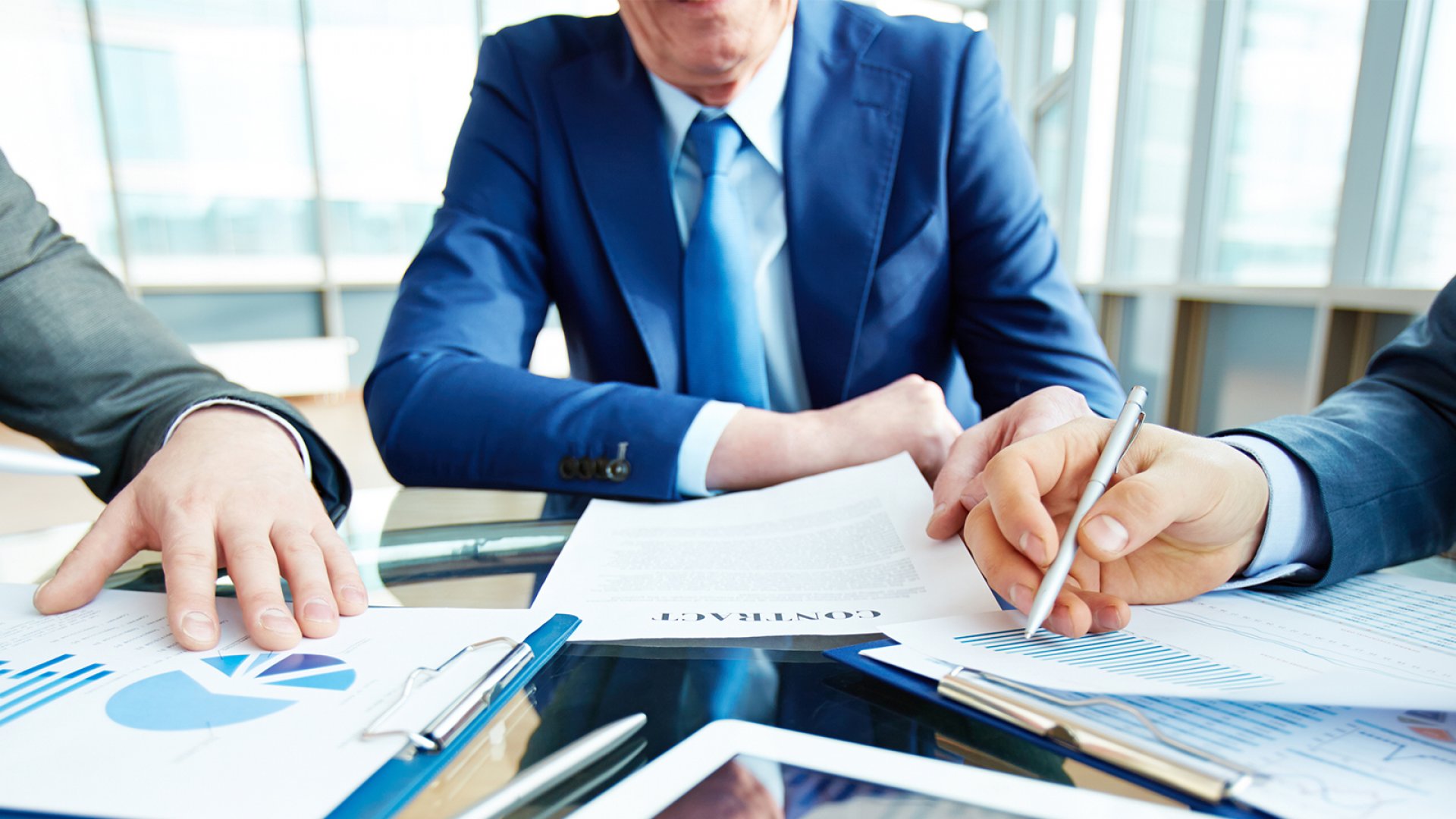 It’s one of the hottest corners of crypto – and now the U.S. government wants its share of the profits.

Investors and creators of nonfungible tokens – a market that has ballooned to $44 billion, Chainalysis data show, and attracted fans from Justin Bieber to Melania Trump – face billions of dollars in taxes and rates as high as 37%, according to tax experts. Internal Revenue Service officials who deal with tax evaders say they are gearing up for a crackdown.

NFTs gained attention as representations of digital art and are expected to be a key part of the so-called metaverse that tech titans like Mark Zuckerberg say is the future of the Internet. The tokens are digital certificates of authenticity and can’t be replicated, which potentially increases their value.

Token sales skyrocketed last year, with NFTs such as CryptoPunk #3100 — which features an alien sporting a headband — selling for $7.7 million after an initial price of $2,000 in mid-2017. “Everydays: the First 5000 Days” from digital artist Mike Winkelmann, also known as Beeple, sold for an eye-popping $69.3 million.

Like so much in the crypto universe, it’s hard to compare tokens to more traditional investments and regulators including those at the IRS are grappling over how to police them.

When a creator sells an NFT on a platform like OpenSea or Rarible, most tax experts agree that the profits should be considered ordinary income and be subject to a rate as high as 37%. Investors who buy the tokens owe capital-gains taxes if they used another cryptocurrency for the purchase, and when they sell it.

Beyond that, the rules are murky. There are questions about whether tokens should be taxed like art “collectibles,” which comes with a long-term capital-gains rate of up to 28%. That’s compared to 20% for most cryptocurrencies and stocks. The infrastructure bill President Joe Biden signed into law last year will make it harder for people to hide digital assets, but the Treasury Department has not said whether that includes NFTs.

It’s hard to calculate exactly how much tax is owed, but experts such as Arthur Teller, chief operating officer at TokenTax, estimate the total NFT tax bill could run into the billions. Some people aren’t aware they owe taxes quarterly and may already face penalties for just filing an annual return, said TokenTax’s co-founder, Zac McClure. Other people likely don’t know there are any reporting requirements, said Shehan Chandrasekera, head of tax strategy at CoinTracker.

Tax Evasion
With so much money at stake, the IRS will likely be forced to clarify the rules, but it may begin auditing people first, said Michael Desmond, the former chief counsel at the IRS who is now a partner at Gibson, Dunn & Crutcher.

IRS investigators are preparing for a possible surge in cases as soon as this year.

Meantime, NFT aficionados should brace for a lot more paperwork.

“It’s an absolute nightmare,” said Adam Hollander, an NFT investor and creator of the “Hungry Wolves” collection, adding that he has spent 50 hours combing through months of transactions. “There are people who aren’t going to be willing to do what I’m doing.”

US stocks posted the biggest daily drop in almost two years as investors assess the impact of higher prices on earnings and prospects for monetary policy tightening on economic growth. The dollar and Treasuries gained amid a pickup in haven bids.

The selloff sent the S&P 500 down 4%, with the plunge in consumer shares surpassing 6%. Target Corp. tumbled more than 20% in its worst rout since 1987, after trimming its profit forecast due to a surge in costs. Shares of retailers from Walmart Inc. to Macy’s Inc. were caught in the downdraft. The Nasdaq 100 fell the most among major benchmarks, dropping more than 5% as growth-related tech stocks sank. Megacaps Apple Inc. and Amazon.com Inc. slid at least 5%.

Treasuries rose across the board, sending the 10- and 30-year Treasury yields down as much as 11 basis points. The dollar rose against all of its Group-of-10 counterparts, except the yen and Swiss franc. Gold caught bids in the move into havens.

The benchmark S&P 500 is emerging from the longest weekly slump since 2011, but any rebounds in risk sentiment are proving fragile amid tightening monetary settings, Russia’s war in Ukraine and China’s Covid lockdowns.

In some of his most hawkish remarks to date, Federal Reserve Chair Jerome Powell said Tuesday that the US central bank will raise interest rates until there is “clear and convincing” evidence that inflation is in retreat. Chicago Fed President Charles Evans said Wednesday he sees a half-point rate increase at next month’s meeting and “probably thereafter.”

In Europe, new-vehicle sales shrank for a 10th month in a row as the industry remains mired in supply-chain crises, while euro-area inflation plateaued at a record high. Meanwhile, UK inflation rose to its highest level since Margaret Thatcher was prime minister 40 years ago, adding to pressure for action from the government and central bank. 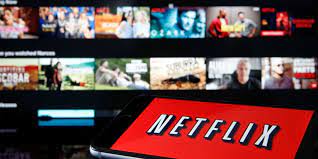 Netflix is reportedly laying off nearly 150 employees in the coming days due to disappointing earnings and slow revenue growth.

According to a Variety report, the Amazon Prime Video rival might also terminate its contract with contractual contributors.

The layoffs are about 2 per cent of Netflix’s US workforce. “As we explained [in reporting Q1] earnings, our slowing revenue growth means we are also having to slow our cost growth as a company. So sadly, we are letting around 150 employees go today, mostly U.S.-based,” a Netflix spokesperson said.

The statement further revealed that the decision was primarily driven by business needs rather than individual performance. Netflix reported $7.87 billion in Q1, which was short of Wall Street’s estimates of $7.93 billion.

The report further reveals that nearly 70 part-time employees in Netflix’s animation studio will have to pack up and leave. A report by The Verge stated that about 26 contractors working on Netflix’s fan-focused Tudum website might see a termination.

“A number of agency contractors have also been impacted by the news announced this morning. We are grateful for their contributions to Netflix,” the company said.

Netflix, in its recent earnings call, revealed that it lost thousands of subscribers, which is a first for the company in over a decade.

The company expects to lose an additional 2 million in the next quarter due to the ongoing war between Russia and Ukraine. Netflix has shut shop in Russia following the country’s invasion of Ukraine.

Less than two weeks to the presidential primaries of the political parties ahead of the 2023 elections, the US dollar has broken the N600/$ mark at the parallel market and set the tone for a possible uptick in the coming days.

The black market rate had traded between N570/$ and N590/$ since the beginning of the year while the Central bank of Nigeria (CBN)’s intervention at the Nigerian Autonomous Foreign Exchange (NAFEX) has kept its rate under N420/$.

With the latest slump of the naira, the arbitrage between the parallel and NAFEX, which is regarded as the official window, is now inching close to N200/$. The spread measures the deviation of the controlled official rate from the real rate of exchange, with experts calling for liberalisation of the market to enable naira to find its true value.

The World Bank and the International Monetary Fund (IMF) have also warned of the repercussions of sustaining an artificially high naira while calling on the CBN to embark on market reform.

But the CBN has maintained that Nigeria, with the current high level of importation and underperformance of the industrial sector, cannot afford to float the naira completely as the exchange rate could spill out of control.

At the Lagos street market, yesterday, naira traded between N595/$ and N600/$ band. With the presidential primaries of the two leading political parties scheduled for Abuja next weekend, there is an expectation the demand pressure has not peaked, suggesting that naira is in for a protracted pressure.

At peer-to-peer (P2P) trading platforms, the dollar has been trading above N600 in the past three weeks, which had signaled that the black market rate could break through the psychological ceiling.

With that eventually happening, naira could be on a renewed free fall.

But there is also hope that it is a season to offload warehoused hard currencies for political campaigns to possibly shore up supply.

Experts are not sure where rising demand and supply of foreign exchange would lead the naira to, but the interplay between the movements of the two variables is a key factor in predicting the value of the naira in the tense political season. Godwin Owoh, a professor of applied economics, advised Nigerians to prepare for a steeper fall of the local currency, saying partisan politics and intra-party meetings, which are highly dollarised would bring much pressure to bear.

The CBN has promised to continue to protect the naira but its ability could be constrained by the equally falling reserve. For the first time in eight months, the gross reserves dropped below N39 billion on Monday, when CBN data put the figures at N38.92 billion. Effectively, the country’s reserves have depleted by $160 billion year-to-date.

Bismarck Rewane, an economist, had projected the reserve to collapse to $32 billion in the year as he expected the CBN to spend $8 to $10 billion defending the naira, which is taking much pressure from excessive importation.

The value of Nigeria’s imports increased by 64 per cent last year to N20.84 trillion. Sadly, the value of exports increased at a slower rate – 51 per cent – to N18. 91 trillion in the same period. The falling reserves and rising imports have put the apex bank in dire straits in its efforts to continue to defend the naira.