The model wife of an International footballer has been shot dead at a concert on Sunday January 30.

Cristina Vita Aranda, who has three children with Club Olimpia player Ivan Torres, is believed to have been caught up in the crossfire of a gunfight in a VIP area at the Jose Asuncion Flores Ampitheatre in Asuncion,

She suffered a bullet wound to her head and was rushed to a hospital where she was pronounced dead shortly after.

Local reports said Paraguayan player Torres, a former U20 international, was also at the concert and helped get his wife to hospital.

The couple announced this January that they were planning to divorce after 10 years of marriage.

They were believed to be trying to patch things up between them before Cristina was killed.

Sunday’s shooting is still being investigated by police and prosecutors.

Four people aged between 23 and 40 were also shot and were being treated for their injuries in hospital on Monday, Jan. 31.

Ivan, who began his career with Paraguayan side Cerro Porteno before signing for the club’s arch-rivals Club Olimpia in December 2014, is said to have suffered a panic attack but was uninjured.

Confirming 29-year-old Cristina’s death, Itaugua Nacional Hospital director Yolanda Gonzalez said: “She was intubated when she arrived and attempts were made to resuscitate her for at least 25 minutes after she went into cardiac arrest.

Related Topics:Cristina Vita Aranda
Up Next 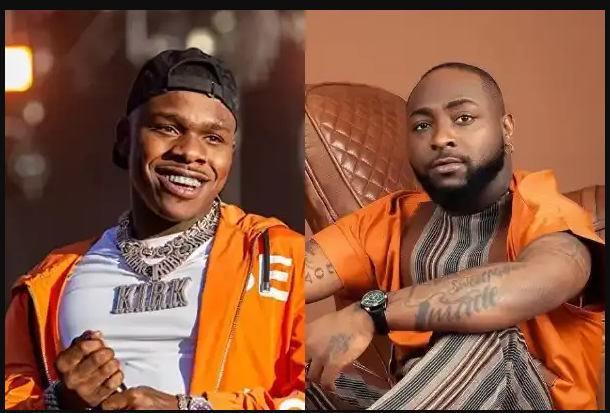 American rapper, Jonathan Lyndale Kirk popularly referred to as DaBaby got into Lagos from Germany for a music video shoot with Nigerian music star Davido.

The famous rapper posted numerous videos on his Instagram page while exploring the city of Lagos. First, he visited a Nike shoe store where he bought a few sneakers, then, he shared a video of himself among a crowd of Lagosians, before entering his vehicle.

Also, he sprayed some amount of dollars to the crowd whereafter a man from the crowd warned him to hold his phone tight.

Some minutes later, the artist shared a video of him with Davido in his Lamborghini, DaBaby asked “where are we going” and Davido replied, saying “tonight, I will show you Lagos”.

Davido also posted on his social media platforms to confirm the arrival of DaBaby in Nigeria. He wrote: “My boy finna touch down the Motherland.”

The American rapper also referred to Nigeria as his home.

The couple tied the knot at the downtown courthouse in Santa Barbara, California, on Sunday, Daily Mail reported.

This comes a few weeks after the couple had a private wedding ceremony in a Las Vegas chapel.

TMZ reported that the couple walked into the chapel around 1:30am on April 4, 2022, and presented their marriage licence to the chapel owner who also served as witness.

The couple did not allow the venue to take pictures as they employed a personal photographer and security.

They exchanged vows with a few of their loved ones and their security present including her maternal grandmother, Mary Jo ‘MJ’ Campbell and Barker’s father, Randy.

Neither Kourtney’s famous sisters nor her kids were spotted at the wedding or the celebration after.

While this is Kourtney’s first marriage, she has three children with her ex-boyfriend Scott Disick.

This will be Barker’s third marriage after his marriage with Melissa Kennedy ended in 2002, lasting less than a year.

He also parted ways with ex Shanna Moakler in 2008 after four years of marriage and two children.

Kanye West’s new girlfriend, Chaney Jones has taken her love for the rapper to another level.

The 24-year-old Instagram influencer, who has an uncanny resemblance to his ex-wife Kim Kardashian,  got his name ‘Ye’ tattooed on her left wrist.

Chaney posted a photo of herself on Instagram Stories Thursday May 12, wearing a tiny bandeau top and shiny pants with built-in heels and showed off the “Famous” rapper’s new name tattooed.

Eagle-eyed fans spotted “ye,” West’s legal moniker since October 2021 inked in script on the outside of Jones’ wrist.

Kanye and Chaney were first linked together in early February following his split from actress Julia Fox.

Kanye and Julia, 32, dated for six weeks before splitting in early February.