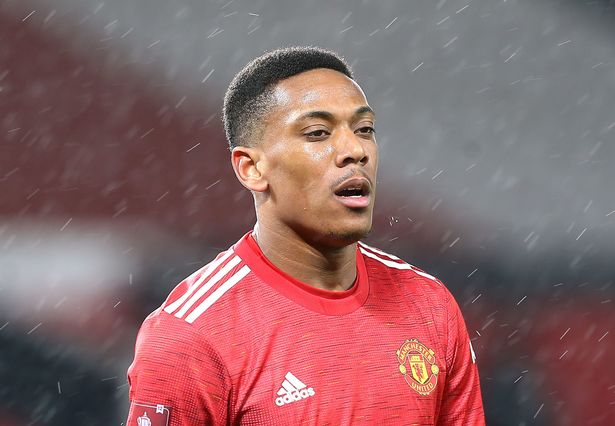 However, Rangnick also revealed no club has registered interest in the player.

Martial held a meeting with the German last week, and he backed up the claims of his agent, Phillippe Lamboley, confirming that he wishes to leave the club. https://dailypost.ng/2021/12/23/epl-man-united-top-star-holds-talk-with-rangnick-to-leave-old-trafford/

Rangnick said he is sympathetic to the 26-year-old’s situation after struggling for opportunities this season, but made it clear the France forward will only be granted a move if it suits the club.

“We spoke at length and he explained to me he has been at Manchester United now for the last seven years and he feels it is the right time for a change, to go somewhere else,” Rangnick said.

Arsenal player, Daniel Ballard has agreed a transfer to Championship side, Sunderland.

The player, whose move to Burnley failed through last season, has also played for Swindon Town and Blackpool on loan.

The Northern Ireland international has not had the opportunity to play a single first team game for the Gunners.

The Athletic reports that Ballard was very close to joining Burnley last week, but a deal could not be agreed.

The likes of former club Blackpool and Sheffield United were interested in the player.

He is now on his way to Sunderland.

Despite never making the cut for Arsenal, Ballard has proved himself on the international stage, already picking up 15 caps for Northern Ireland and scoring two goals.

Leeds United are in the race to sign Moses Simon from Nantes, according to RMC.

The Premier League side are competing with another Ligue 1 side Nice for the Super Eagles forward.

With Raphinha in talks with Arsenal, Chelsea and Barcelona, Leeds are already looking for his replacement.

The Elland Road club is holding out for £65m for Raphinha and some of that income will be put back into the team.

Simon, 26, can play all across the frontline. He is right footed, although he played the majority of last season on the left wing.

Chelsea are in talks with Manchester City over a move for both Raheem Sterling and Nathan Ake, the UK Telegraph reports.

Sterling is the Blues’ top priority this summer, with Thomas Tuchel eager for the club to sign the England international.

Although Tuchel wants to bolster his attack, he is also looking to bring in defenders following the exits of Antonio Rudiger and Andreas Christensen.

Chelsea have now turned to their former defender Ake as part of their summer rebuild.

Ake made his Chelsea debut back in 2012 and made 17 senior appearances for the club.

In 2017, he joined Bournemouth in a £20million deal having impressed on loan the previous season.

Following Bournemouth’s relegation in 2020, the Dutchman joined City in a deal worth £40million.

It is believed Chelsea co-owner Todd Boehly contacted City on Monday to discuss their valuation of both Sterling and Ake with the Blues keen to sign both players.