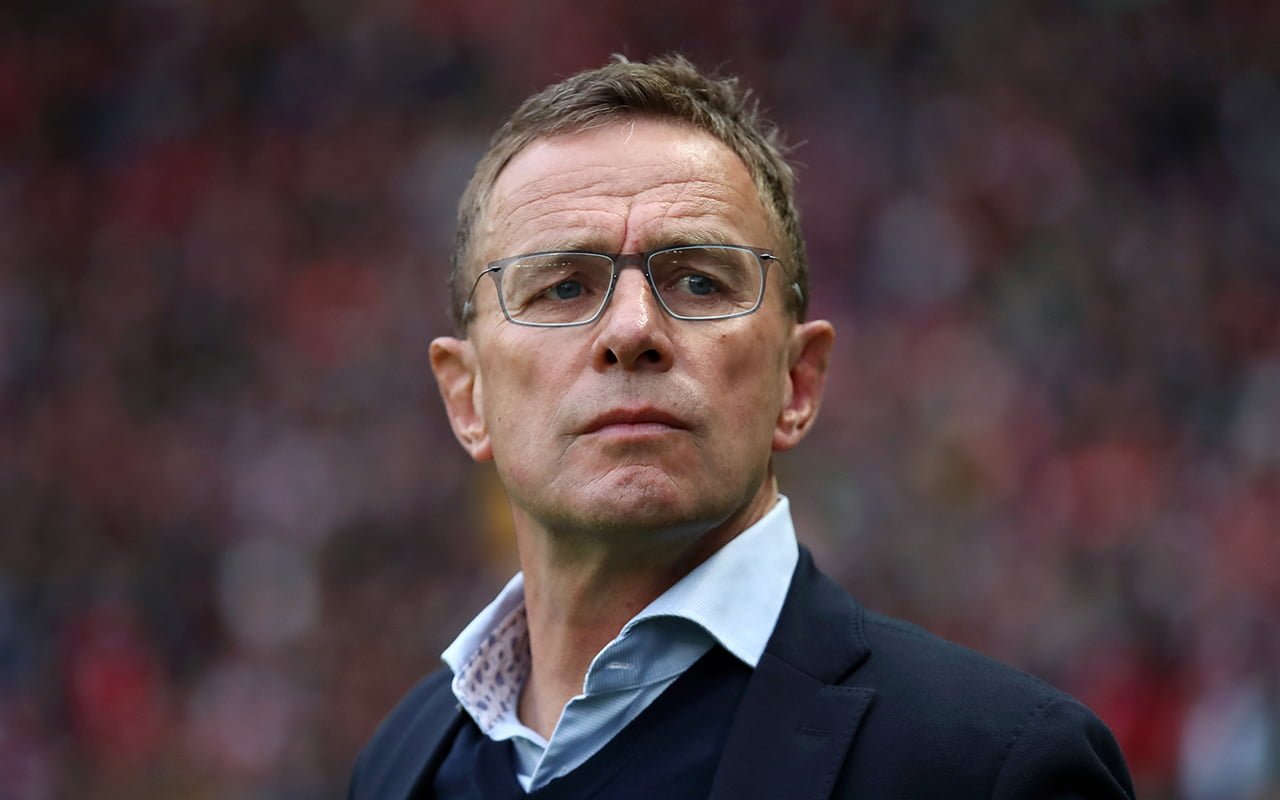 This claim was made by Arsenal legend, Paul Merson.

Rangnick has come under fire in recent weeks, with Man United putting in a number of underwhelming performances – including an FA Cup defeat at Old Trafford to Middlesbrough.

The German also watched as his team failed to beat Southampton in a Premier League tie on Saturday after playing a 1-1 draw.

The result against Southampton means Man United are now in the 5th position on the Premier League table with 40 points from 24 matches.

Speaking on Sky Sports, Merson said: “One-hundred percent [Rangnick won’t be in charge of Man Utd next season]. I have got as much chance of being in charge. I just don’t see it.

“I read something that said they have improved. I don’t see that. I don’t see happiness there. I hear so much coming out of Man Utd, at the moment, which is just extraordinary. It never happened before and that is my worry.

“I don’t see him being there and the way it’s going at the moment, if they don’t get in the top four, I would be shocked if he went upstairs. I know that was part of the deal, but I don’t think it is a good thing. I think this needs to be nipped in the bud sooner rather than later at Manchester United.

Merson added: “I would have had someone in as soon as possible. You pay £70m to £80m for football players and some of them don’t even play. Why would you not break the bank for managers if you need to get a manager out of a club? In my opinion, they are very important.”

World Cup winner and Paris Saint-Germain superstar, Kylian Mbappe has confirmed he will be signing a new contract at Parc des Princes just days after it seemed he will be joining Real Madrid.

Mbappe addressed the entirety of the Parc des Princes crowd before Paris Saint-Germain’s final home game of the Ligue 1 season against Metz on Saturday night, May 21.

The 23-year-old was handed the microphone to announce he has penned a new three-year deal with the French giants – putting an end to a move to Real Madrid.

Real Madrid were extremely confident that they would boast the superstar within their ranks from this summer onwards once Mbappe’s original deal with PSG had expired.

But a new bumper contract of about £1m weekly has seen the 23-year-old commit his future to the Parisians.

Addressing the crowd, Mbappe explained: “I am very happy to stay at PSG in France. I always said Paris is my home, I hope we continue to play football and win trophies together. Thanks for everything. I hope that I will continue to do what I prefer to with you all… and win titles together! Thanks a lot.”

PSG president Nasser Al Khelaifi broke the news before introducing Mbappe to the crowd by declaring: “I’m proud to give you a beautiful news: Kylian Mbappé has signed until June 2025 with Paris Saint-Germain.”

Mbappe has enjoyed a stunning season individually, helping fire the club to a tenth Ligue 1 title with his phenomenal for in front of goal. The World Cup winner has the most goals and most assists of any player in the league with 25 and 17 to his name respectively in the division alone.

With his new contract, he now surpasses team mates Neymar and Lionel Messi as the highest earner in the club.

Juventus are so desperate to land defender, Gabriel Magalhaes this summer and will offer Arsenal three players, according to Corriere dello Sport.

The Old Lady have identified Gabriel as a possible successor to Giorgio Chiellini, who will leave Turin this summer, and are keen to reach a quick agreement with Arsenal.

It is understood that the three players Juventus will offer Arsenal to force the deal for their 24-year-old centre-back are Arthur Melo, Weston McKennie and Moise Kean.

The report added that Juventus sporting director Federico Cherubini has travelled to London for talks with Arsenal over a deal for Gabriel.

Juventus are in the market to replace Chiellini, who is leaving the Serie A giants this summer after 17 years.

However, it’s claimed that Arsenal are demanding at least £42.4million for Gabriel.

Gabriel joined the Gunners from Lille in a £27million deal in 2020.

Manchester United have made it clear to Barcelona, they will not meet their £70 million asking price for Frenkie De Jong, according to Daily Mail.

The Premier League side are keen on signing De Jong, as Paul Pogba is set to leave on a free transfer this summer.

The Barca midfielder has already been identified by incoming manager, Erik Ten Hag, as a potential option having already managed him at Ajax.

Barcelona are open to a deal, as they are also seeking funds to put together a deal for Bayern Munich striker Robert Lewandowski.

However, United have informed the LaLiga club that they do not want to spend a significant part of their summer budget on signing De Jong.

Barca are looking to recoup the £65 million they spent on signing the 25-year-old from Ajax in 2019.