Liverpool striker Darwin Nunez has vowed to learn from his mistakes after picking up a straight red card for headbutting a Crystal Palace defender on Monday.

Nunez was given his marching orders on his home debut for the Reds after clashing with Joachim Andersen at Anfield. The 23-year-old striker is facing a three-match ban for violent conduct, which came in the second half of the game as Liverpool tried to come back from 1-0 down. Liverpool have decided not to appeal the ban.

The Uruguay international’s ill discipline gives Jurgen Klopp a headache, with Roberto Firmino among the long list of Liverpool players currently out injured. Nunez has received quite the backlash over the past 24 hours and he has now taken to social media to respond.

“I am aware of the ugly attitude I had. I’m here to learn from my mistakes and it won’t happen again,” he wrote in Spanish on Twitter. “Apologies to Liverpool all. I’ll be back,” he added in a separate tweet in English alongside a picture of him passing Klopp to head down the tunnel.

Klopp has already made clear his disappointment by telling Sky Sports: “Darwin knows [he let his teammates down]. I will talk to him. It was not a reaction we want to see

Liverpool midfielder James Milner was also on post-match duties on Monday. He said: “He is going to be disappointed in that. We have to get around him and rally. He will learn from it.”

His red card capped a terrible night for Nunez, who was guilty of missing two clear-cut opportunities before he reacted badly to Andersen following a minor clash off the ball. The £85million striker volleyed over at the back post early on before hitting the post with a scuffed effort from Harvey Elliott’s ball over the top.

Liverpool will be without Nunez for their next three matches. The first is a trip to Old Trafford, where Liverpool will hope for a repeat of last season’s resounding victory against Manchester United. He will also miss the home games against Bournemouth and Newcastle United, but will be available to return for the Merseyside Derby away to Everton on September 3. 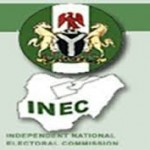