As many as 6,500 passengers from outside Nigeria are believed to have avoided or evaded compliance with measures designed to protect the community from the fourth wave of COVID-19 otherwise known as Omicron variant, the Lagos State Government said yesterday.

Abayomi, in a statement in Lagos, said government was “determined to halt the alarming trend of defaulters whose actions were responsible for previous waves of the pandemic in Lagos State.”

He said accordingly, “we have commenced communicating with 6,500 inbound passengers who are suspected of not being compliant with our guidelines established to protect the community, lives and our economy.

”We have also created a dedicated email address to reach defaulters. Subsequently, about 1,000 emails and over 2,000 calls have been received from suspected defaulting passengers.

He said the fourth wave of COVID-19 “started as expected around the beginning of December, coinciding with the influx of inbound travelers into Lagos, some of whom we have established were carrying the Omicron variant.

“There was a significant increase in case positivity from 1% on the 1st of December to 29% as at 21st of December 2021 as the highly infectious variant started spreading quickly in community with a steep unrelenting upward projection.

“Lagos State has recognised a typical pattern that triggered all our preceding three waves. This pattern is related to three things:

*Seasons when there is increased movement of inbound travelers into Lagos such as Christmas and summer vacation.

*Ongoing waves in Europe, America and South Africa where most of travelers into Lagos emanate from,

“In particular, Lagos State has noticed that failure of airline passengers to observe the mandatory post arrival testing and isolation always results in importation of variants which then start spreading in community and was the trigger of all preceding three waves to date.”

Abayomi warned that “disregarding the testing and isolation guidelines inevitably introduces new variants of COVID-19 and constitute a state and national public health and security threat which will sabotage all efforts to mitigate and reduce the impact of the fourth wave on citizens and the economy of the state and country.”

Government, he said, has “started submitting the names of those that do not respond to the SMS or Emails to the Presidential Steering Committee for the deactivation of their passports for a period of one year.”

He advised residents, particularly inbound passengers coming into Lagos and Nigeria, to adhere strictly to COVID-19 protocols and guidelines including isolation, testing and vaccination guidelines to support the government in sustaining the flattening of the fourth wave of infection in the state.

The Public Account Committee of the House of Representatives, PAC on Wednesday, resolved to unmask the real identities of the owners of the companies which took contracts valued the sum of N18.9 billion from the Federal Ministry of Agriculture and Rural Development for clearing of bushes, land preparation, rehabilitation of soil plant lab and others during the last COVID-19 lockdown of the country.

The resolution followed the appearance of representatives of two of the 20 affected companies at the resumed investigative hearing of the Committee on queries to Ministries, Departments and Agencies, MDAs of the federal government by the Office of Auditor General of the Federation.

The affected companies are: Easy Construction Company LTD and NUKAAG VENTURES LTD respectively while the remaining 18 companies failed to show up.

The Committee being chaired by Hon Wole Oke (PDP-OSUN) said that the two representatives of the Companies (Johnson Philip and Taiwo Idowu), were of the Managerial cadre and as such not competent to appear before the Committee going by the Rules of the House.

Responding to a question posed by the Chairman of the Committee on whether they were familiar with the submission submitted to the Committee on the award and execution of the contractors so as not to mislead it, they both said no.

Consequently, the Committee directed the duo to leave immediately and directed that the Managing Directors or Chairmen of the companies should personally appear before it and speak to the submission before the Committee.

In addition, Hon Oke directed the Clerk of the Committee to write to the Registrar General of the Corporate Affairs Commission, CAC to furnish the Committee, the detailed information of the affected 20 companies, including year of incorporation, Corporate offices, names of the owners, shareholders amongst others.

According to him, “we are not concerned about who won the contracts, what we are after is to deter value for money paid out and the sites of the projects, and we will carry that mission to the latter.

“The Clerk should also write the Federal Inland Revenue Services, FIRS, to furnish the Committee about the financial status of the companies.

Hon Oke assured that the Committee would carry out a diligent investigation into the matter as it was interested in finding out the location of the projects and the significance of such projects to the country. 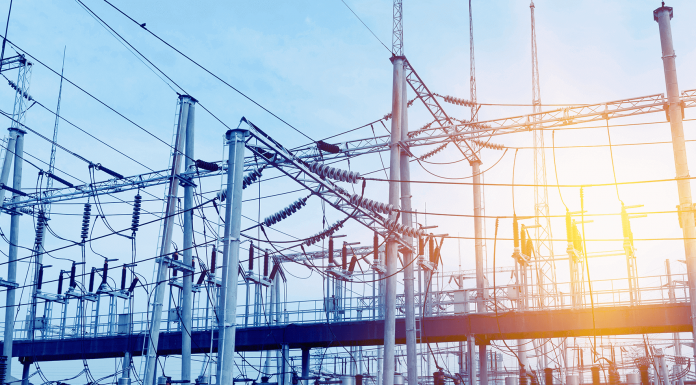 The Ikeja Electricity Distribution Company (IKEC) has announced a shutdown of operations following the issues between the National Union of Electricity Employees and the Transmission Company of Nigeria (TUC).

In a statement on Wednesday via its verified Twitter handle, @IkejaElectric, the Disco announced the shutdown of operations.

The statement read partly, “Due to the ongoing nationwide picketing of Transmission Stations by the NUEE, we are currently experiencing disruption of power supply as most stations within our network have been shut down.

“Kindly bear with us as we await an amicable resolution by the relevant stakeholders.”

Organised labour had on Tuesday directed workers in the power sector to shutdown and commence an indefinite strike over pending issues with the TCN.

The aggrieved workers under the aegis of the NUEE were at the Abuja national headquarters of the TCN Tuesday as a prelude to the proposed strike.

The union noted that the strike was in protest of a directive by the TCN Board mandating all PMs in acting capacity going to the Annual General Meeting to appear for promotional interviews.

In a circular titled, ‘Call to Action,’ which was addressed to senior assistant general secretaries and zonal organising secretaries, dated August 15, 2022, the General Secretary of the NUEE, Joe Ajaero, directed electricity workers to ensure total compliance, vowing to paralyse operations of the TCN nationwide over anti-masses activities.

Power distribution has been halted completely in the entire South-East States.

This follows the industrial action embarked upon by the National Union of Electricity Employees (NUEE) at the Transmission Company of Nigeria (TCN) power stations.

The development threw the five South-East States into a total blackout, Wednesday afternoon.

Emeka Ezeh, Head Corporate Communications, EEDC, confirmed that that operations across the franchise area of the Enugu Electricity Distribution Company PLC (EEDC) have been disrupted.

He said, “as a result of this development all our feeders are out of supply and this has affected supply to our esteemed customers in Abia, Anambra, Ebonyi, Enugu and Imo States.

“Consultations are ongoing among critical stakeholders in the power sector to address this issue and possibly restore supply.

“The Management of EEDC hereby encourage customers and neighbourhood associations to be vigilant and protect the electrical installations within their environment against elements who might take advantage of this outage to vandalise these installations.”

“We, therefore, appeal for continued patience and understanding while this is resolved,” he noted.