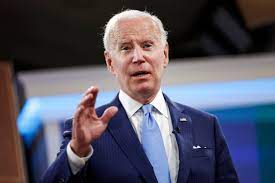 oe Biden has tested positive for COVID-19 for a second time and is returning to isolation, his White House doctor said Saturday, attributing the result to “rebound” positivity from treatment the US president received.

President Joe Biden on Saturday tested positive for Covid-19 once again after consecutive days of testing negative for the virus, his physician said.

Biden, 79, is experiencing no new symptoms and “continues to feel quite well,” Dr. Kevin O’Connor said in a memo shared by the White House.

But he will nevertheless “reinitiate strict isolation procedures,” the presidential physician wrote.

Biden, who is fully vaccinated and has received two booster shots of the Pfizer-BioNTech vaccine, tweeted Saturday afternoon that he was asymptomatic but would isolate “for the safety of everyone around me.”

“I’m still at work, and will be back on the road soon,” the president’s tweet said.

O’Connor had previously warned of the potential for a “rebound” in positive test results, a phenomenon among a small percentage of patients who, like Biden, used the antiviral medication Paxlovid as part of their treatment.

Biden had accordingly “increased his testing cadence, both to protect people around him and to assure early detection of any return of viral replication,” O’Connor wrote in the latest memo, which was made public Saturday afternoon.

The president tested negative for Covid on Tuesday, Wednesday, Thursday and Friday, but tested positive on Saturday morning from an antigen test. “This in fact represents ‘rebound’ positivity,” the doctor wrote.

Biden’s age puts him at higher risk of getting severely ill from Covid. People over age 65 account for more than 81% of deaths from the virus, which has killed more than 1 million people in the U.S. alone, according to the Centers for Disease Control and Prevention.

The president first tested positive for Covid on July 21. He felt “mild symptoms” including a dry cough, runny nose and fatigue, O’Connor said at the time. Biden began working in isolation but returned to the Oval Office five days later after testing negative for Covid twice over a 24-hour period.

“The President has experienced no reemergence of symptoms, and continues to feel quite well,” O’Connor wrote in Saturday’s memo after Biden’s rebound test. “This being the case, there is no reason to reinitiate treatment at this time, but we will obviously continue close observation.”

“However, given his positive antigen test, he will reinitiate strict isolation procedures. As I’ve stated previously, the President continues to be very specifically conscientious to protect any of the Executive Residence, White House, Secret Service and other staff whose duties require any (albeit socially distanced) proximity to him,” O’Connor wrote. 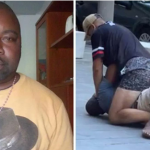