Three persons have been killed in the renewed hostility between people of Ndiagu Okpotiu¬mo in Abakaliki Local Government Area of Ebonyi State and their neigh¬bouring community in Obubra Local Govern¬ment Area of Cross River State.

The assailants suspected to have been hired by the neighbouring community allegedly invaded the Ndiagu Okpotiu¬mo com¬munity at about 2pm on Monday and burnt houses and killed the people on sight.

A medical doctor from the community, Mr. Lawrence Nwangele, said that he received a call from his people around 4.30pm about the development who asked him to be on the alert because they were bringing the victims to the hospital.

He explained that 15 persons were brought to the hospital but one of the victims died on arrival while the remaining 14 were being given adequate medical atten¬tion.

A victim, Peter Oche, alleged that the attackers invaded the community with sophisticated weapons.

The state command Police Public Relations Officer, DSP Jude Madu, confirmed the incident. He said that the command had deployed more men to reinforce the officers in the area.

Madu said that he was yet to ascertain the number of casualties.

War: China, India, Tajikistan, others to send troops to Russia

China’s People’s Liberation Army will send troops to Russia to participate in the “East-2022” drills.

The East-2022 is also called the Vostok-2022 and this was disclosed by the Chinese Ministry of Defense on Wednesday, according to CNN.

“China’s participation in the exercise is aimed at deepening practical and friendly cooperation with the armies of the participating countries,” the ministry added.

It further explained that the Asian giants’ participation would enhance the level of strategic cooperation among countries involved.

The exercise would further strengthen the ability to respond to various security threats, according to the defense ministry.

It, however, added that the exercise is unrelated to the current international and regional situation.

Other nations to join in the exercise are India, Belarus, Tajikistan, Mongolia and other countries. 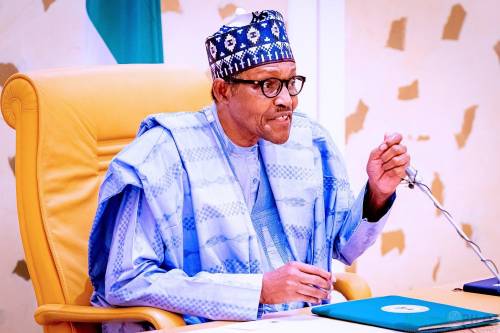 Health Minister, Osagie Ehanire, made the announcement on Wednesday at the inauguration of the Primary Health Care(PHC) Leadership Challenge at the State House.

The event was organised by the Nigeria Governors’ Forum (NGF) in collaboration with development partners.

Ehanire disclosed that the President approved siting of the orthopedic hospital in three regions.

“North-East has one; the North-Central has one and the South-South has one; in Benin, Jos and Jalingo respectively”, NAN quoted him saying.

She added that all the 36 states had fully domesticated the fiscal reforms in their public financial management system.

National Union of Electricity Employees (NUEE) has called off its nationwide strike.

The decision followed an emergency meeting with the Minister of Labour and Employment, Chris Ngige on Wednesday.

The minister’s spokesman Olajide Oshundun, announced that Ngige intervened in the industrial action.

NUEE Secretary General, Joe Ajaero, assured that electricity would be restored across the country tonight.

The workers shut down all Transmission Companies of Nigeria (TCN) offices earlier today.